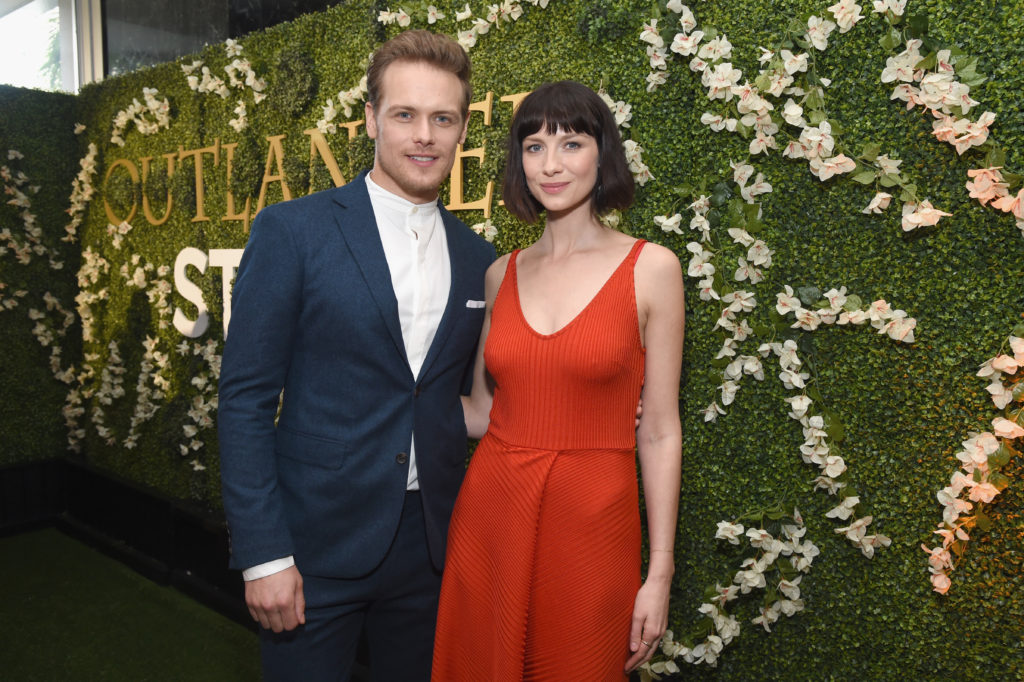 I don’t know if “spoilery” is a word, but I just used it as an adjective in the title, so I will go with it.  I am late to the party with all the Outlander FYC panel posts from almost two weeks ago, and I am sure that video will be posted on here shortly.  Some interviews from backstage and on the press line have come out as well.  One of particular interest to fans and this website is Sam Heughan and Caitriona Balfe’s views of the fan photos of filming or selfies and the like with characters in costume.  We do post those photos on this website, but with a heavy spoiler warning.

“I feel it spoils the surprise a little bit, but I know why!” Heughan told EW Sunday before the drama’s For Your Consideration panel in Los Angeles. “We all want to see, and we would love to be able to post more stuff as well. We’re always being told off for doing things. People are so supportive, but I wish there was some way of having photos without it being a spoiler. It is what it is, and it’s great that people are at least that excited that they want to take photos.”

“In the UK, you have a right to walk, so people are allowed to be around, and you know, I think it’s up to people individually if they want to look for spoilers or not,” [Balfe] told EW. “It’s fun! I remember going to film sets when I was a kid and they were filming in the neighboring town and it’s so exciting to be able to see behind the curtain. It’s fun. It’s entertainment what we’re doing, so let the people be entertained!”