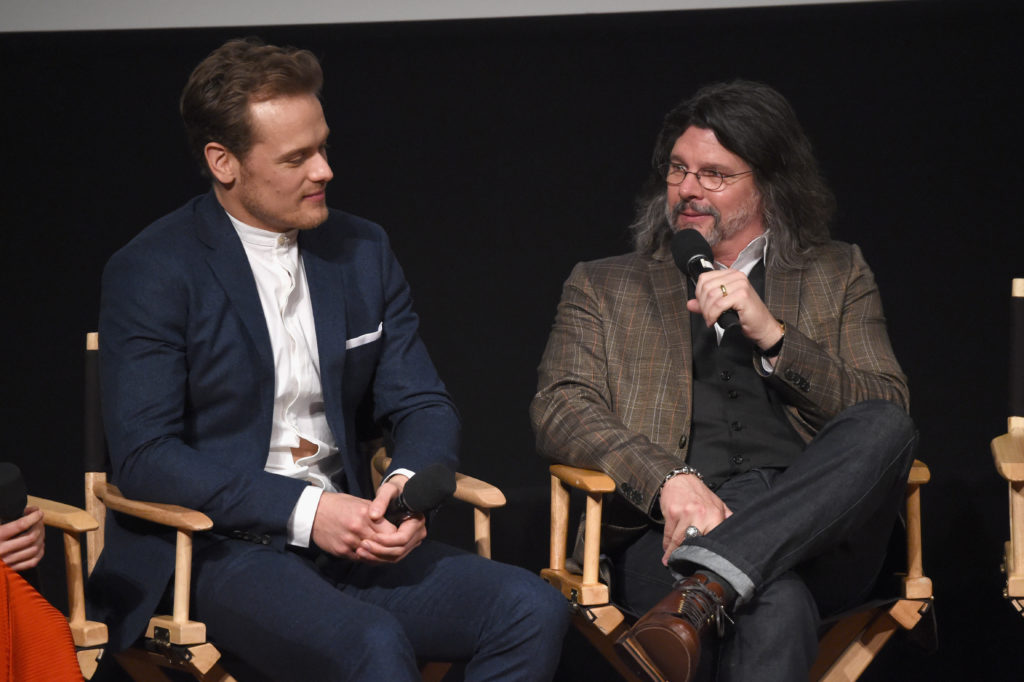 At today’s For Your Consideration Outlander panel, showrunner Ronald D. Moore made the news of season five pretty much official . . . unofficially.  Speaking with Entertainment Weekly at the event, here is what he said:

“… Ronald D. Moore said while the “usual negotiations and conversations” have been holding up a more official announcement from Starz, “we are certainly going to do it. I have no doubt we are doing a season 5.”

He also commented on the possible change in structure of the books versus the seasons going forward:

“Every year we approach it fresh,” he told EW. “Should we keep it a book a season? We’ve done that up until now. But we’ve talked about splitting books, and we’ve talked about combining them. We want to be free in the writers’ room to pick and choose and do what feels most comfortable that year.”

And for those concerned that he is no longer the showrunner of Outlander, he still is but has delegated more responsibility to Matthew B. Roberts and Toni Graphia.

“… continues to read all scripts and give notes on them, and is involved in editing. That said, “At the beginning of season 3, I delegated the day to day show-running duties to Matt [B. Roberts] and Toni [Graphia].”

There you have it, some great news about Outlander in the future.