A casting call letter has made its rounds online this past week.  It is a call for Native older men, young men, women, and children to participate in the filming of season four of Outlander.  Those hired will be used for filming in May/June 2018 and spend three to four weeks in Scotland.

The auditions are this weekend in Sudbury and North Bay in Ontario, Canada.  Please see the photo below for more details.

I applaud the production for hiring Native actors.  There have already been some spotted on set, and I wondered if they were found in Scotland or flown over from other countries.  I don’t know if there are any casting calls like this for Native Americans, but I would hope so.

To read more about the auditions from CBC News, click here.

Good luck to those who qualify! 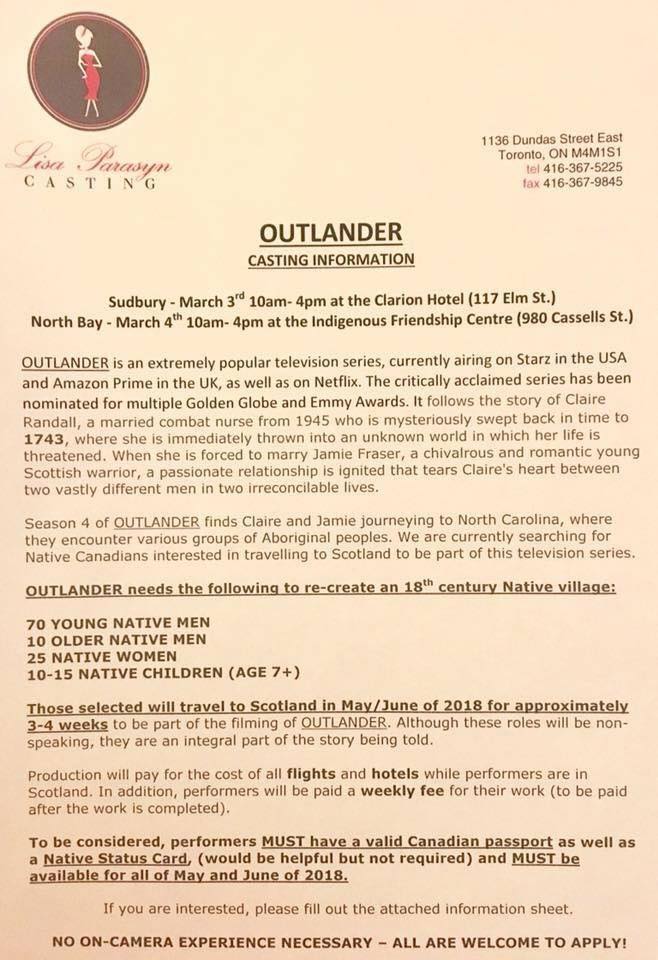