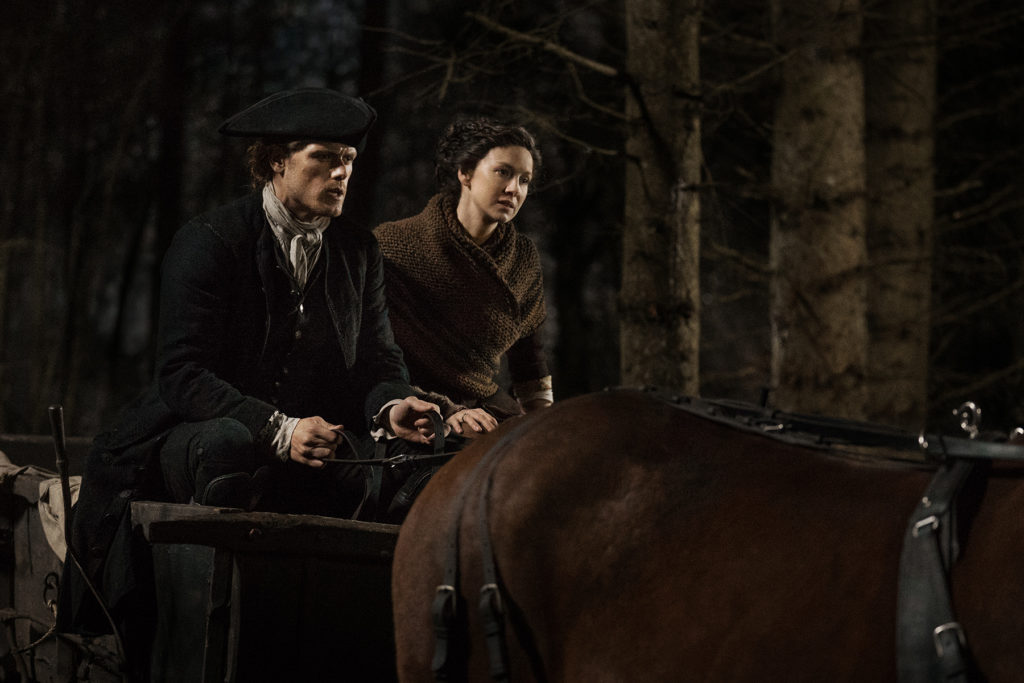 Starz released the first scene from season four of Outlander tonight.  Given season three ended a little more than a month ago, the promotion for this season is moving right along.

The scene released features Jamie (Sam Heughan) and Claire (Caitriona Balfe) in America as they are being confronted by Redcoats.  The scene is two minutes long.

It is only available officially on demand right now, so if you have a Starz account, you should be able to log in and watch it.  Click here to watch the clip.

Unofficially, you can watch it below.