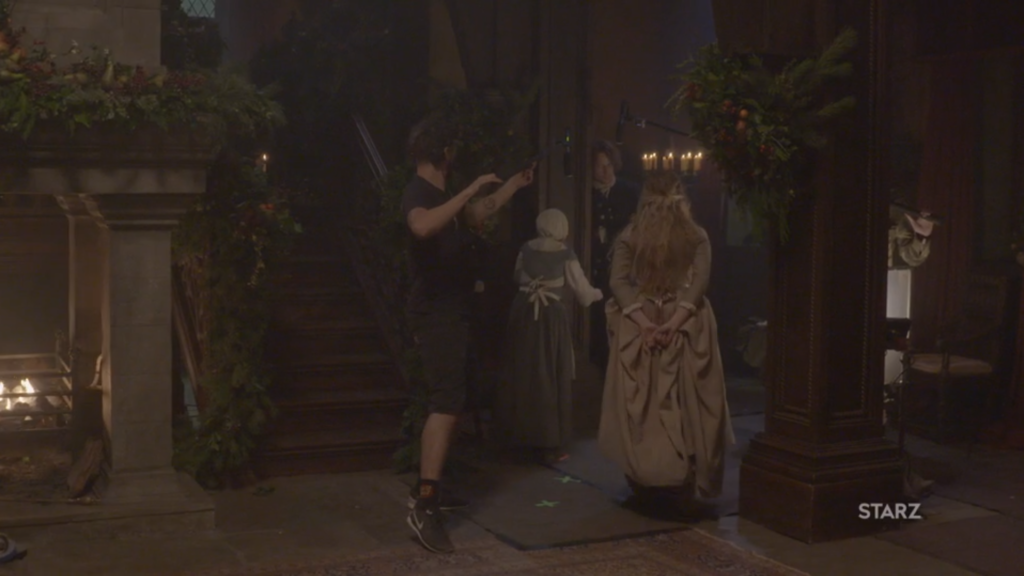 Executive producer/showrunner Ronald D. Moore and writers/executive producer Toni Graphia and Matthew B. Roberts discuss Outlander episode 308, “First Wife.”  Ron, Matt, and Toni discuss the title (it was “Home Sweet Home” initially), making Laoghaire different than in the book, Jamie’s dilemma, and how the end of the episode is different from the book.  There are some nice behind the scenes shots from season one and season three.