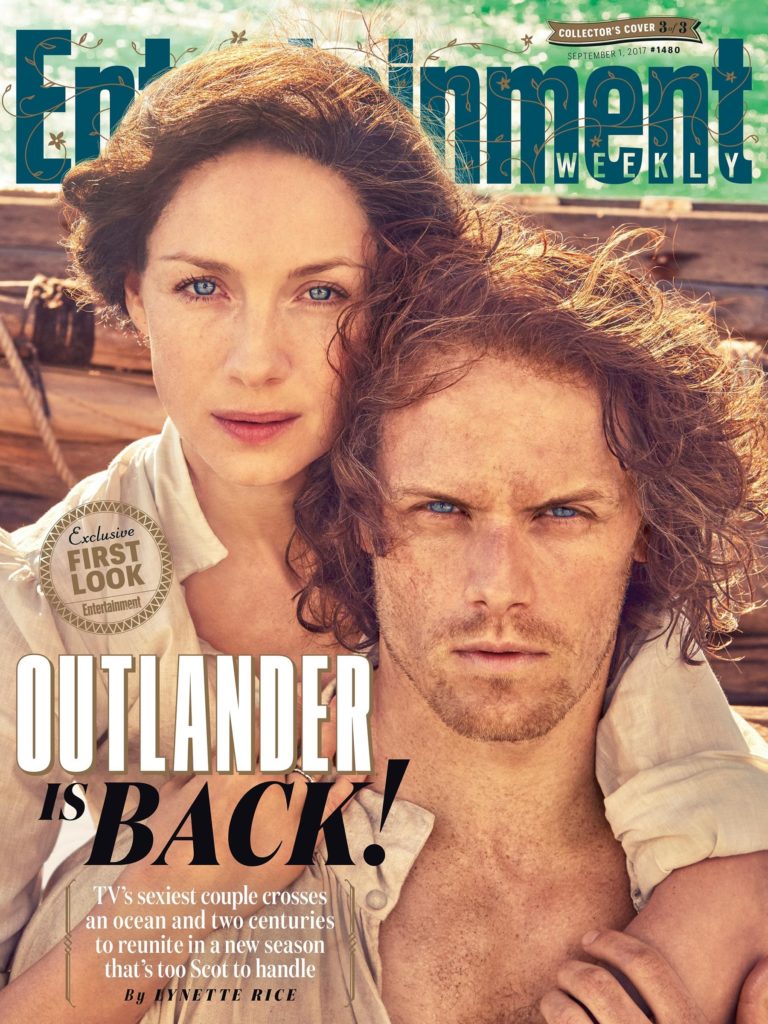 The three Entertainment Weekly covers for Outlander in September apparently weren’t enough.  I guess the fandom is picking up those magazines like hotcakes because EW is Outlander the cover star again on November 10th.  Not many details are available about except that it will be new pictures, but I wonder if these photos are from the same photo shoot, just maybe a bit different.  If you are going to trek to South Africa for a photo shoot, then you better make it worth your while.  Has any other television series had two EW covers from the period of pre-season and during the season?

We have another #Outlander cover coming out on Nov. 10! Wait till you see THE NEW pictures! pic.twitter.com/OD2XMq7o8A