**Spoiler Alert: If you have not read Voyager, be aware that this post contains spoilers from the book and season three of Outlander.** 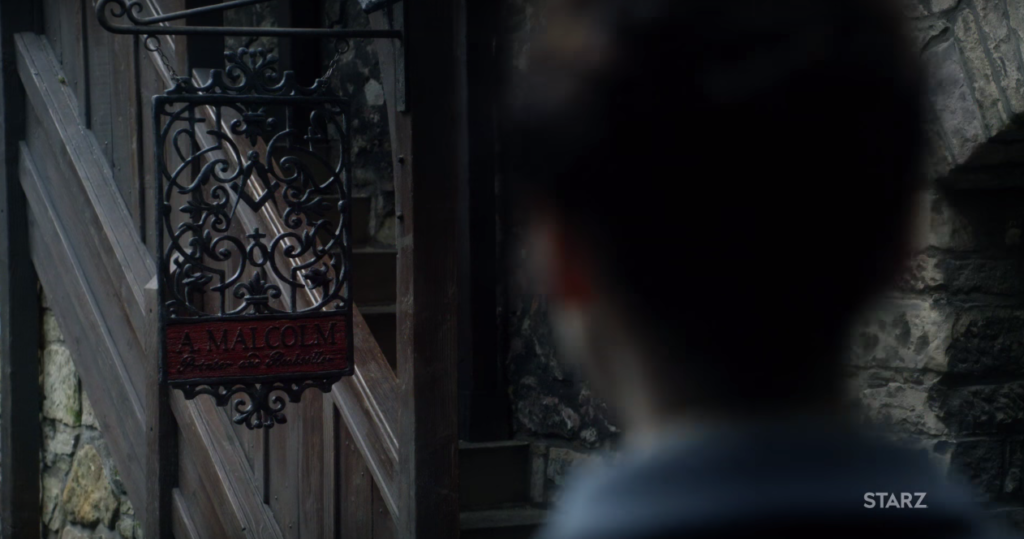 Writer/executive producer Matthew B. Roberts wrote the episode of season three that includes Jamie and Claire’s reunion scene in the print shop.  Roberts spoke to Entertainment Weekly about his version of the scene and what fans can expect.

“It’s not just Claire’s story. It’s Jamie and Claire’s story,” Roberts tells EW exclusively. “So, we wanted to show both perspectives. In the book, you get it from Claire’s view. She comes in the print shop. It’s really kind of told from her POV. I wanted to give Jamie’s POV of the same moment. I wanted to also give the fans the moment twice. They’ve been waiting for it for a long time! So, rather give it to them one time, you give ‘em something they don’t exactly expect.”

“It was nice for me to be able to go, ‘Alright, what was Jamie feeling during this part of the day? What was he doing?’” continues Roberts. “When I was writing the script, I tweeted out a picture of and it said ‘Interior print shop, Jamie enters.’ And the fans kind of blew up on it and were like, ‘you’re changing it! You’re ruining it! You’re going ruin it!’ And I got a big chuckle out of that because I knew what I was doing. I was kind of instigating them and firing them up because I knew what I was going to give them later. And so, hopefully they’ll enjoy it. But that was the plan all along.”

“I think Cait and Sam definitely found the small moment in the reality of being apart for 20 years. And I think that’s what was special is that, no [matter] how many different takes we did, they found it every time. That’s difficult to do.”