Starz has definitely gotten creative or at least jumped on the “moving” image bandwagon.  The past few images they have released from season three are actually gifs, not images.  In the newest one for Outlander season three, Lord John Grey (David Berry) is leading his prisoner, Jamie (Sam Heughan), somewhere.  Snow and fire are moving in the gif, so if it won’t play for you, you are not missing much. The first photo below is a still, not a gif, FYI. 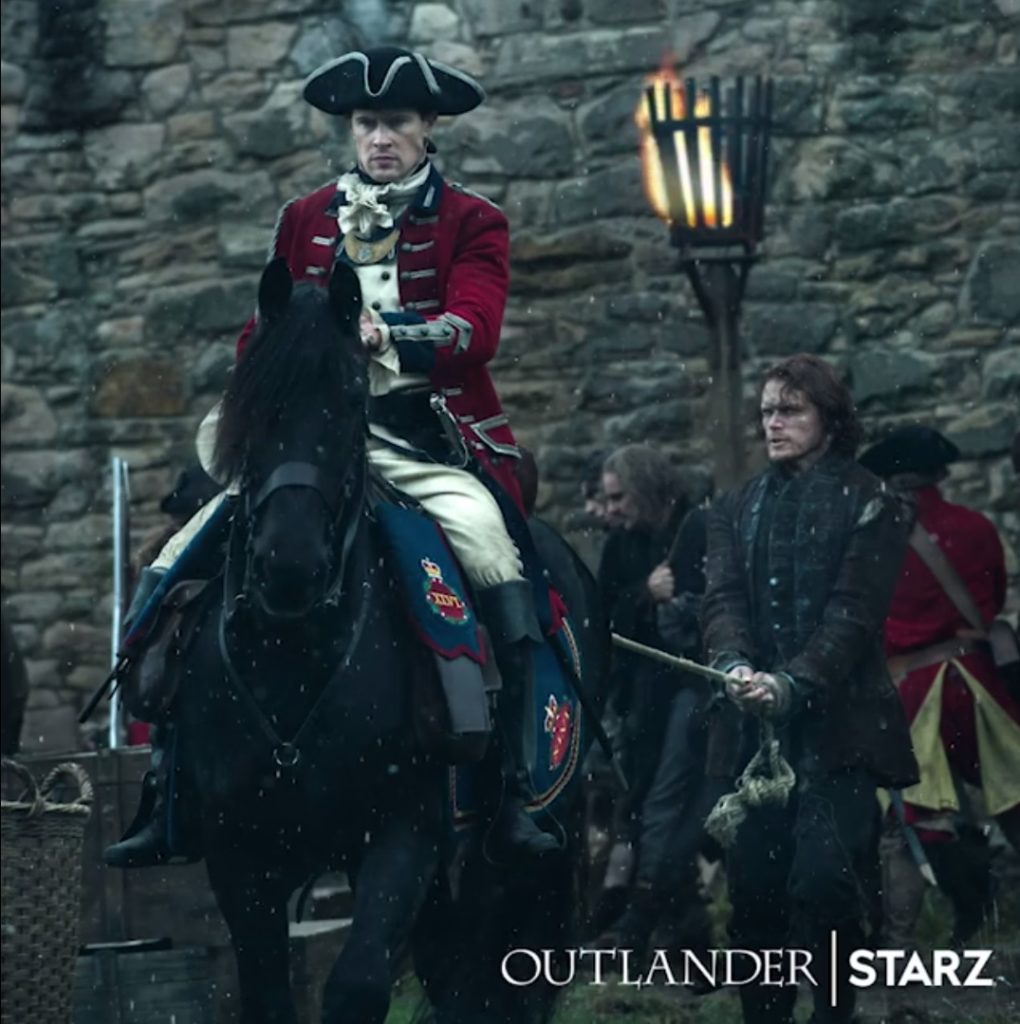 They meet again…but Lord John Grey isn't the man he once was. #Outlander pic.twitter.com/MFRW1X7Eag