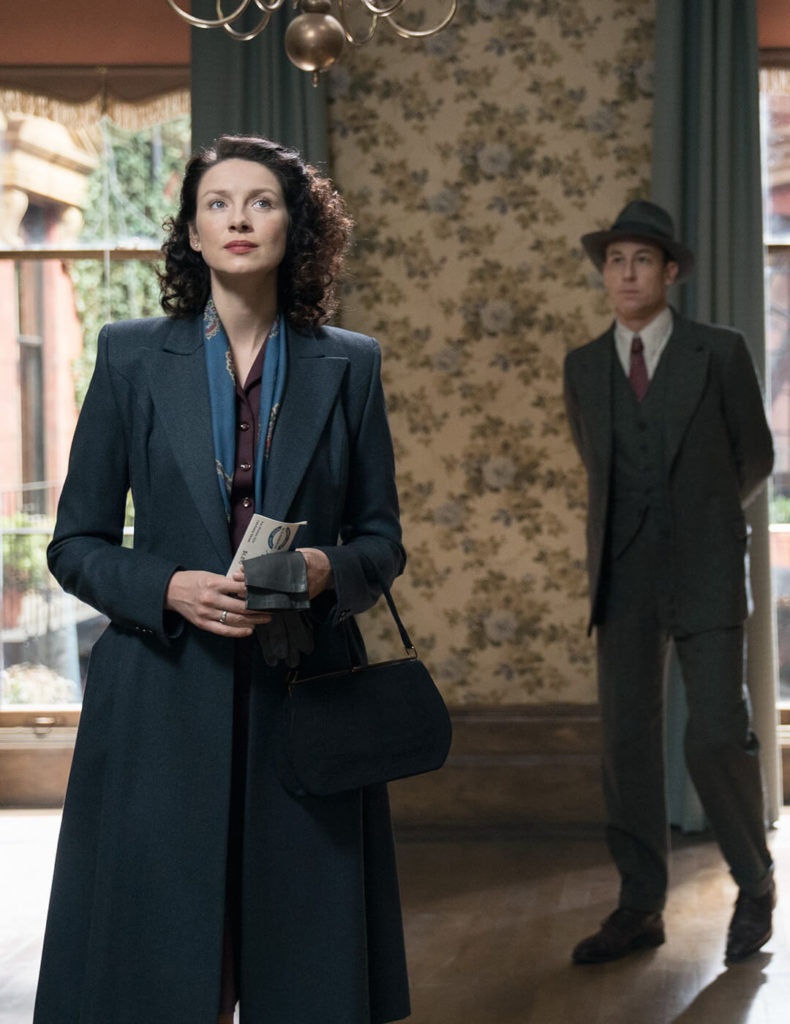 Production designer Jon Gary Steele and costume designer Terry Dresbach managed to sneak in some thing into Outlander season three that call back to previous seasons.  Both spoke to Entertainment Weekly about what they inserted into the new season.

Steele told EW exclusively that he placed one “egg” not-so-surreptitiously on the Artemis — the ship that takes Claire (Caitriona Balfe) and Jamie (Sam Heughan) on their Caribbean adventure. The egg harkens back to the Paris brothel scenes from season 2, though it was touched up for its season 3 unveiling. You can’t miss it!

And in the much-anticipated print shop scene — when Claire and Jamie reunite after two decades apart — Steele inserted something very special onto the set from author Diana Gabaldon herself. This one may be harder to find, Steele admits.

Dresbach, meanwhile, has her own little wonderment for fans. One of Claire’s fancier dresses in the new season was actually recycled from her season 2 wardrobe. Keep an eye out for the familiar tog in the back half of the 13-episode run. “We are trying to be as authentic as possible,” Dresbach tells EW. “People got two or three dresses that would last them the entire lives.”