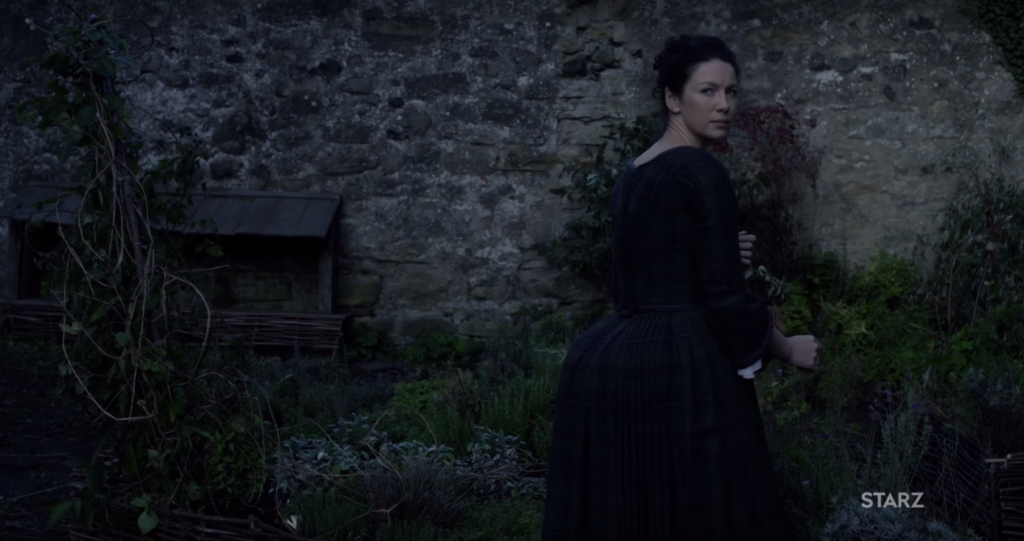 Elle talked with Caitriona Balfe (Claire) at the Starz TCA party and Caitriona divulged details about the reunion between Claire and Jamie (Sam Heughan) in Outlander season three. Excerpts are below, but head over to Elle to read the entire article.

“I think maybe the obvious way of doing the reunion would be violins playing, and angels singing, and a sun shaft coming through the window,” she told ELLE.com at Starz’s TCA party in Los Angeles. “I hope that what we’ve done is try and ground it as much in realism as we can. I think it’s really awkward, and funny, and sweet, and endearing.”“I think Claire and Jamie have both had each other on pedestals for 20 years,” Balfe said. “So when you finally see the object of your love and desire again in the flesh, it throws out everything you thought you would do.” “I think they’re not quite sure what to do with their bodies or their words.””I think that physically and emotionally, even though we don’t show this part of the journey ever, of her passing through time, I think it takes an awful lot from someone,” Balfe said of Claire’s time-traveling. Still, given just how difficult her travel through the stones is, she’s not going to undertake it lightly: “I think each time is quite dangerous. You’re never sure if you’re going to land in the right time, or any of those things. I would have to imagine, and I don’t know, because I have not read past book four, but I would have to imagine that once she finds Jamie again, she’s not going to let him out of her sights for too long.”