With two of the OTVN writers reporting live from the San Diego Comic-Con, they’re relaying info faster than we can post it!

Earlier today they Tweeted images from the Entertainment Weekly Comic-Con print edition. Check out Jamie with the long hair! Looks like we also have a better idea as to when in season three Jamie (Sam Heughan) and Claire (Caitriona Balfe) will finally reunite…

Here is a quote from Sam Heughan:

“He’s not himself for maybe six episodes,” explains Heughan. “He didn’t expect to live. He went into the battle to die. He goes on a big journey from realizing that he’s still alive to finding a balance in staying alive to finding out who he is without Claire.” 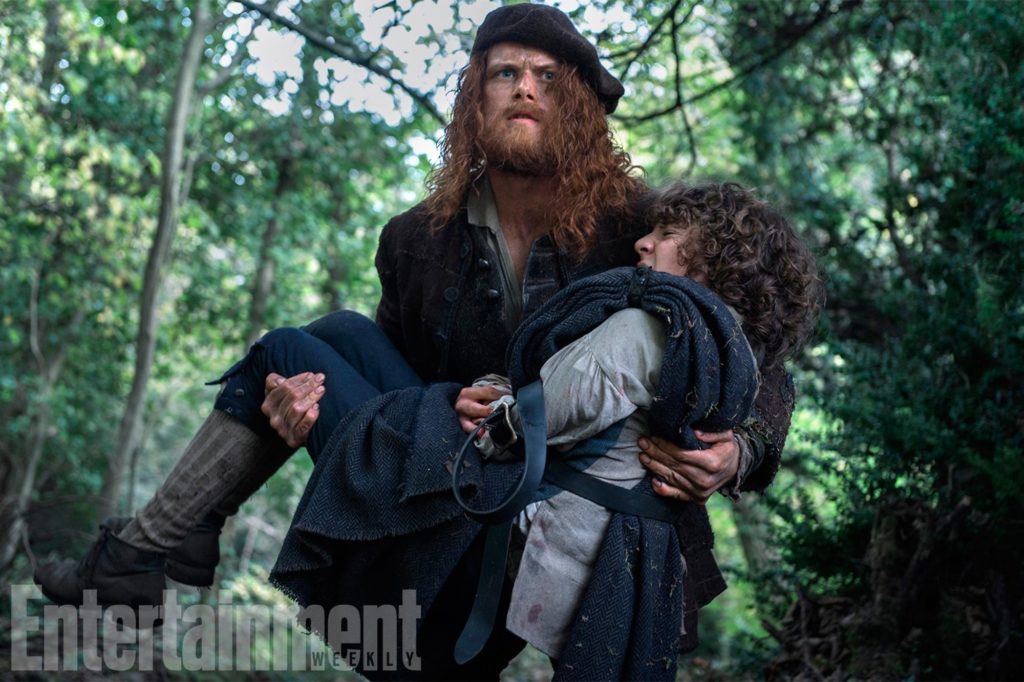 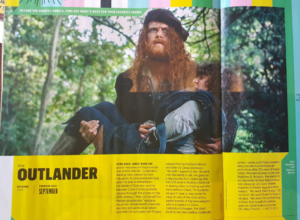 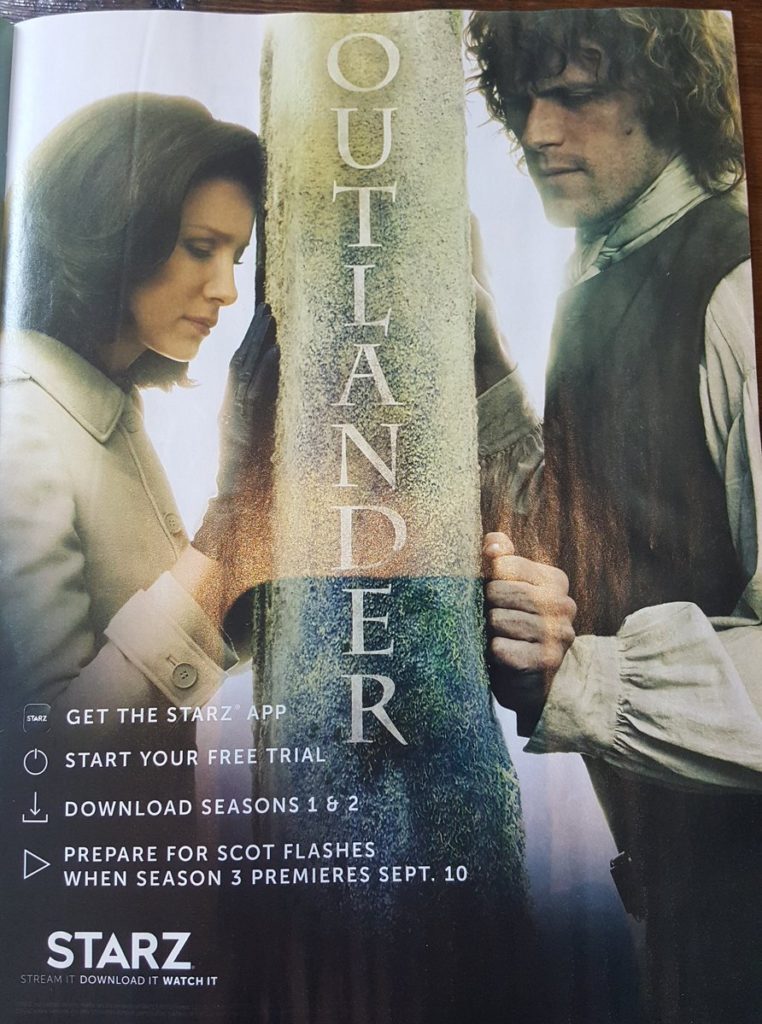