Entertainment Weekly’s Comic-Con issue is set to hit newstands, magazine racks, and your mailbox tomorrow.  Here is a little peek at what it contains relative to Outlander, two new official photos from season three.

One photo contains Jamie (Sam Heughan) and our first official look at Lord John Grey (David Berry).  It appears Jamie is a prisoner of Grey, and it looks like Grey does have blonde hair in this photo.  The second photo is of Claire (Caitriona Balfe) and Frank (Tobias Menzies) at a party with Joe Abernathy (Wil Johnson).  Their attention is on a young Brianna (Gemma Fray).

A small quote from Caitriona is included in the post:

“For Sam and I and all the writers, we felt that it was so important to make sure we had the tone right,” Balfe tells EW. “Claire’s had time to prepare herself for what this might be and to play various scenarios through her mind. But for Jamie, this person just landed in his life again and there was no warning. So you’ve got two people trying to figure out how to go about this.” 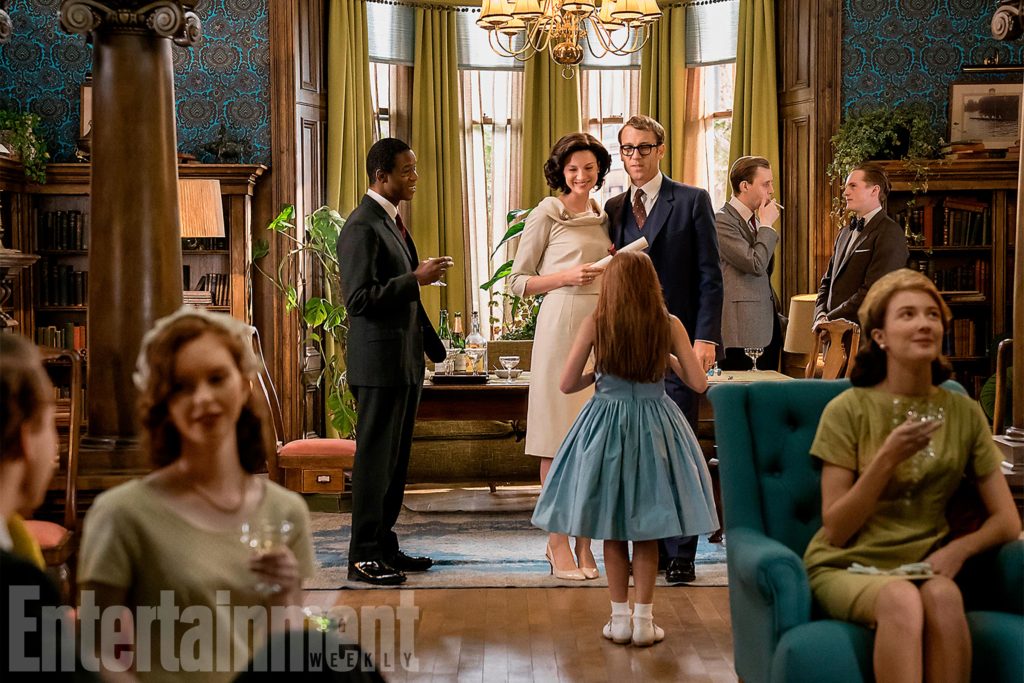 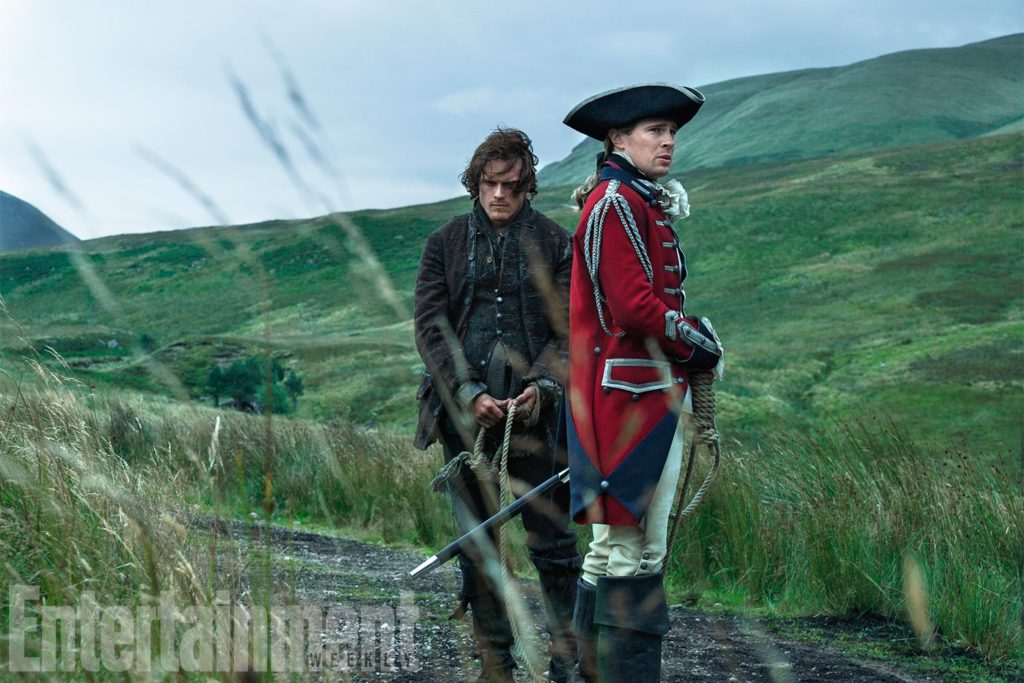