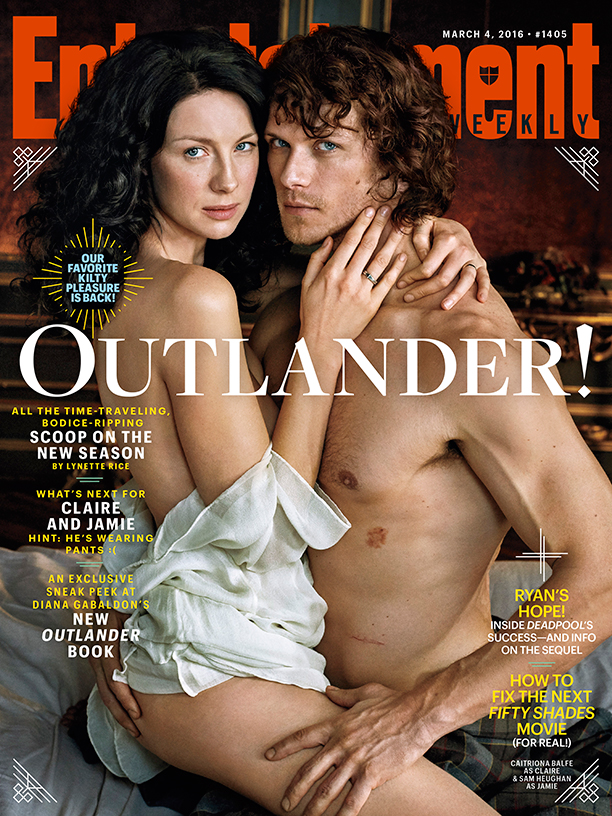 Update (8/15/2017): Lynette Rice tweeted today that the issue will be released August 25th, and a special collector’s edition will be available at Barnes & Noble.

Entertainment Weekly gave fans the heads up today that the next cover story for Outlander will be in September.  The feature will include behind the scenes details from season three’s filming in South Africa along with the new portraits for the season.

If you had a hard time finding the last two issues of Entertainment Weekly that had Outlander on the cover, consider starting a subscription.  You can purchase one from EW itself, or through Amazon.