**Spoiler Alert: There is a setting spoiler for season four, so if you have not read Drums of Autumn, it’s best to skip this post for now.** 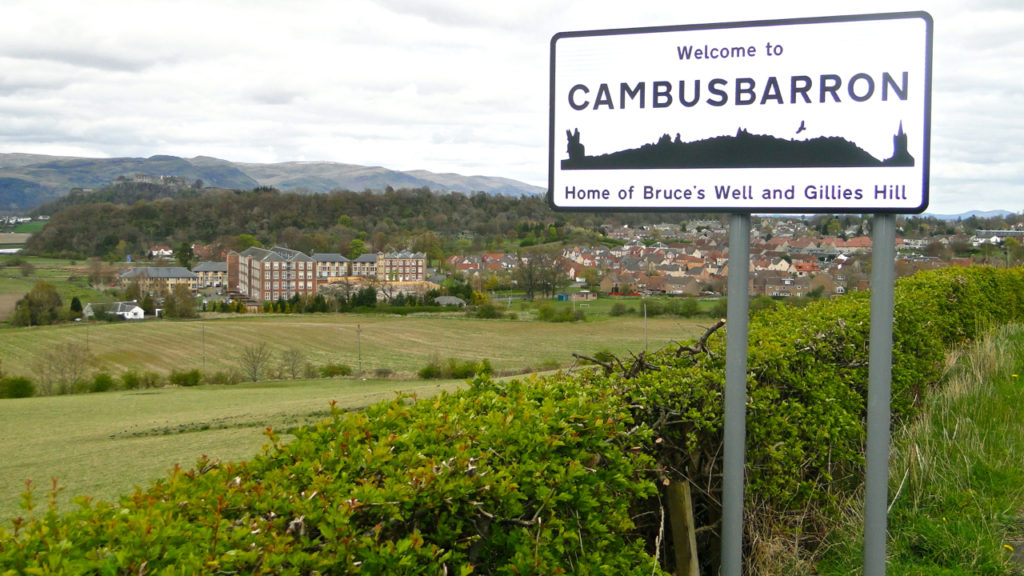 With the Outlander season four pickup, crew are already back in Scotland preparing to film the season.  The fourth season is set in America, and the question for American fans has been if they will move filming stateside.  Well, I think that question has been answered semi-officially with a news story from The Daily Record.

Plans have already been discussed to film in Stirling, Scotland for season four, specifically in Cambusbarron.

Supervising location manager Hugh Gourlay, who has worked on films such as ‘Fast & Furious 6’ and ‘Snow White and the Huntsman’, is eyeing Murrays Wood and Murrayshall Quarry as potential settings for the series.

The PAN notice is a precursor to a formal planning application and sets out proposals for a temporary change of use of the woodland and surroundings to outdoor filming locations. These would incorporate temporary vehicle access routes, temporary film set buildings, a construction compound, material storage and a filming service area.

“They wanted to give us advance assurances and had a meeting with myself and some of the officebearers,” he said.

“They wanted to explain what areas they were looking at and how they would work, as well as how they intended to reinstate anything necessary after they were finished.

“The buildings involved would have no foundations.

“We thought this was the kind of usage of some of the woodland that was much preferable to the quarrying plans, for example, we have been up against in recent years.

“Douglas Campbell, who knows the area well, went for a walk round with the locations manager Hugh Gourlay and pointed out one or two things.

“It could be involved for about a year, as far as we know.

Sounds like they are planning a semi-permanent, long-term set in this location.  If you have read Drums of Autumn, you can probably guess that this location might be for a specific setting from the novel.