Two new official photos from season three of Outlander have been released.  One is of Jamie (Sam Heughan) and the other is of Claire (Caitriona Balfe) and Frank (Tobias Menzies).  These photos were released with the news that a teaser trailer of season three will be shown in front of the premiere of The White Princess on Starz which starts on Sunday, April 16 at 8 PM Eastern.  We will definitely be sharing the trailer as soon as it airs. 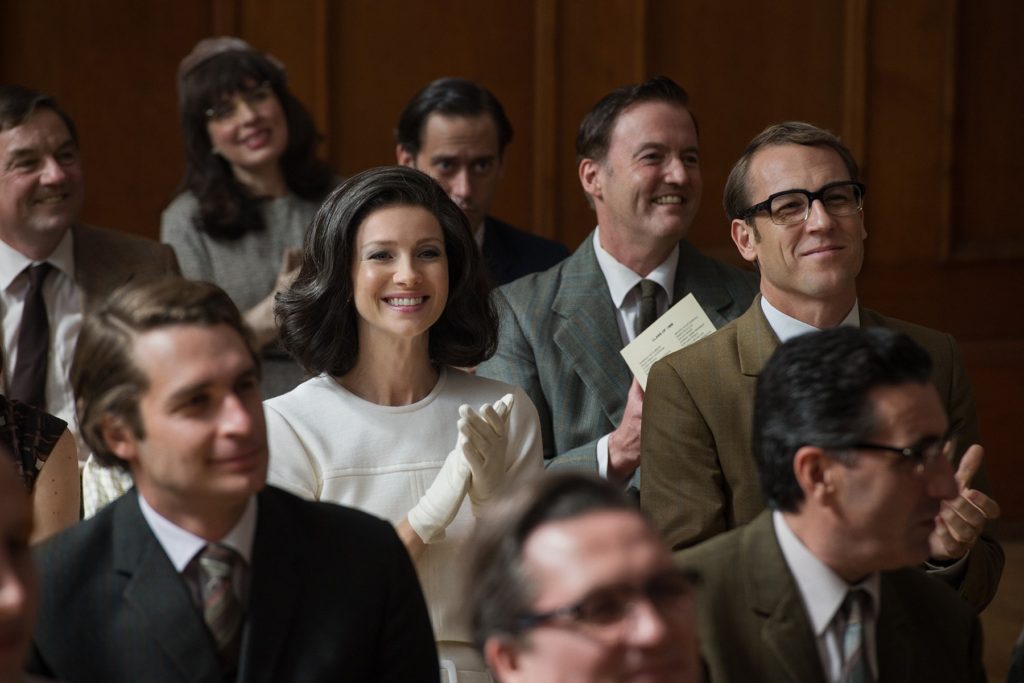