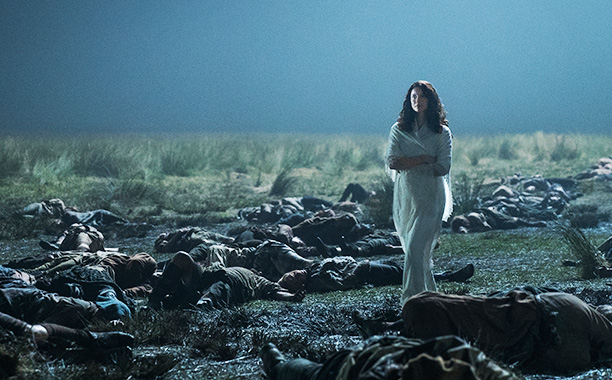 Update (8/30/2017): New episode titles, synopses, writers, and directors are added.  **If you would rather not know the synopsis of each episode, please don’t read the paragraphs between the episode titles.**  You will notice that there is a small break in October.  The season ends on December 10, 2017.

2017: the year of Outlander season three.  And that’s about all we know right now.  There is no month or day announced thus far by Starz, Sony, or anyone else.  Certain details about season three are coming out, but not from official sources.

Three episode titles have appeared on IMDb, but that source can also not be very trustworthy.  Anyone can submit an edit to a film or TV’s page on IMDb, and I also find it curious that the first and second episodes of season three do not have a title, but three through five do.  So take what you see below with a grain of salt right now.  Thanks to Outlander Italy for finding this.

(And for those curious, that official photo of Claire above is from episode 301, the premiere.)

This post will be updated as episode titles are announced (or discovered).

“After living through the Battle of Culloden, Jamie finds himself at the mercy of unforgiving British victors, until a connection from his past provides his only hope of survival. Meanwhile, a pregnant Claire attempts to adjust to life in the modern world of 1940s Boston – and life with Frank.” 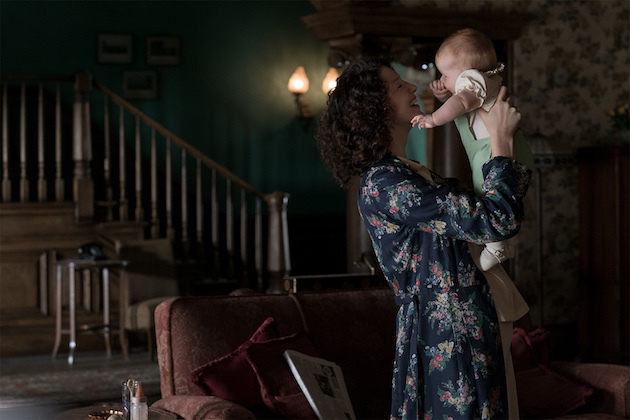 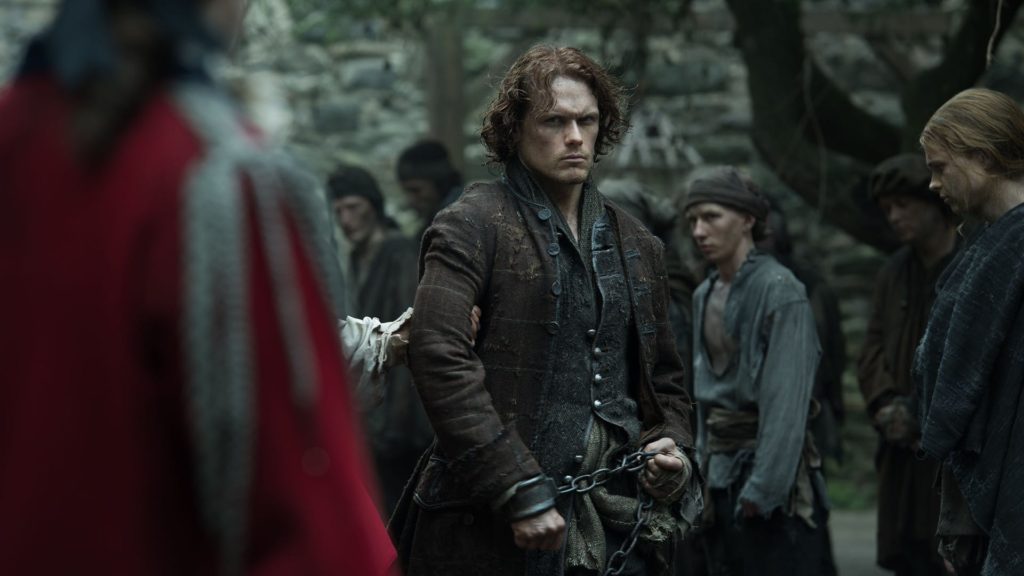