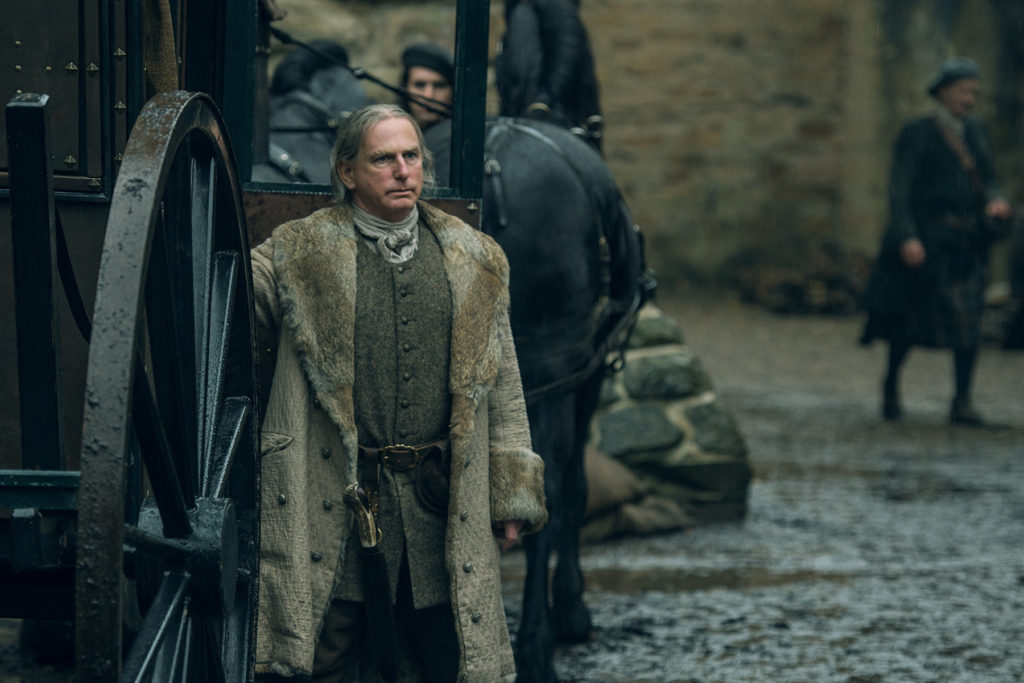 Gary Lewis played Colum MacKenzie in both season one and season two of Outlander.  Unfortunately, Colum dies towards the end of season two, which means we won’t see Gary’s face in season three.  In a recent interview with Gary, he speaks about Outlander and his last day on set.  Gary has a few projects in the pipeline, so we will hopefully see him gracing our TV screens again soon.  Head over to Herald Scotland to read the entire article, excerpts are below.

“He hasn’t looked back. Among his projects in recent years are the hit US television series Outlander. Sony Pictures Television films the show on location across Scotland with many of the interiors shot at Wardpark Studios in Cumbernauld. Set on the brink of the 1745 Jacobite rising, the show has become a global phenomenon.

“The fan base is extremely passionate,” says Lewis, with masterful understatement. “It is strange because I live in Scotland and Outlander isn’t massive here to the extent it is in Australia, America and Canada. There are fans all over the world.”

His character, clan leader Colum MacKenzie, bowed out in dramatic fashion and Lewis admits he will miss being part of the show. “It wasn’t until I was in the car going home that it hit me it was my last day,” he says. “Even when the producers came down for my final scenes, it still didn’t sink in.

“It was only afterwards that I suddenly thought: ‘Jesus, that’s me. I’m done.’ Everyone else still had scenes to shoot and I was already down south working on something else by the time we had the wrap party in Glasgow, so I never got the big cheerio.”