The mastermind behind Outlander’s most emotionally taxing and plot-driving episodes: The Wedding, Both Sides Now, Wentworth Prison and To Ransom a Man’s Soul, Anna Foerster is now the first female director of the Lycan-laden movie series Underworld, taking the helm of its fifth installment, Blood Wars. 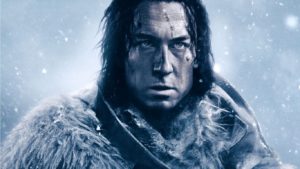 In a recent interview at New York’s Comic Con, the Outlander director discusses the similarities between our favorite time traveling saga and her latest project involving vampires and werewolves. She also describes how the trust she and actor Tobias Menzies forged in working with one another on the final episodes of Outlander Season One led to his role in the film.

“…the aspect that’s really super-exciting for me is working with actors on real performances and real story, basically. So yes, it’s two different things, but in a way, it has much to do with each other in terms of approach.”