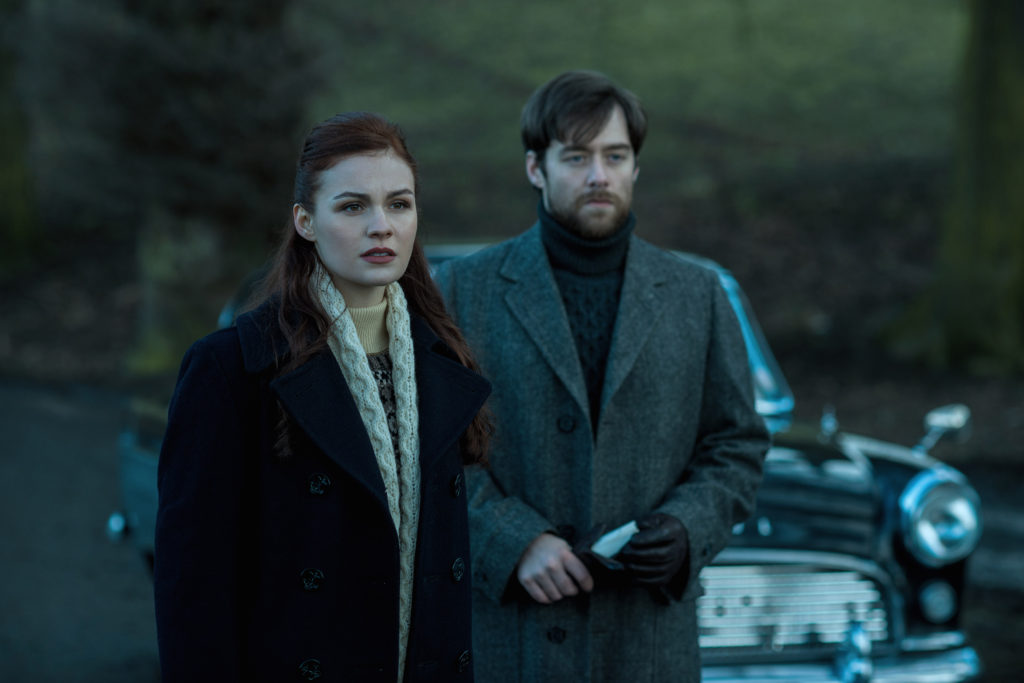 Outlander fans will finally see Roger Wakefield in the flesh come tomorrow (or tonight) when Richard Rankin steps into the central role.  Entertainment Weekly interviewed him pre-finale about his role. Below are excerpts, but head over to EW to read the whole interview.

ENTERTAINMENT WEEKLY: How much time did you spend on the episode?
RICHARD RANKIN: I believe it was about two to three weeks.

Is he immediately smitten with Brianna?
Yeah, pretty much.

Is it mutual?
I spoke to Sophie quite a lot about this, about where we wanted this relationship to go and how we wanted people to see us. In the books, they immediately fall in love. Obviously we wanted to take it a bit more slowly for the TV version just because on TV it’s more realistic. We wanted to give it a few beats, a few hints of what may happen with Roger and Brianna, and drop a couple of hints at what their relationship might become, especially for the people who haven’t read the books, who don’t already know what happens. Obviously there’s a lot of people who know exactly where they end up together. Roger probably falls for Brianna much more quickly, or at least that’s what seems to be the case. But Roger is a much more open character. He’s more open emotionally. He’s more inclined to say what he feels, where I think Brianna needs to be brought out of her shell a wee bit. She’s more guarded. She’s more closed down and has much more reason to be, I suppose. So, I think for Roger she’s a bit of a challenge. But then she’s also got a lot of other things on her mind.