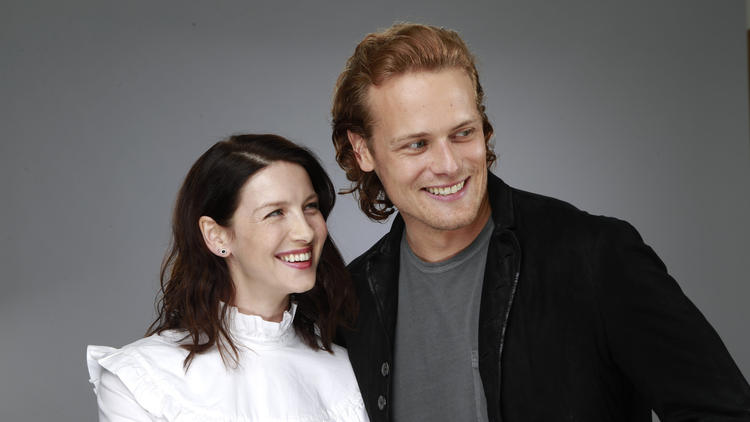 “When we all did the read-through, we were delighted,” said Heughan during his visit with Balfe to The Envelope’s video studio. “It read really well, there’s a great pace to it. It’s coming up soon.”

“To be playing Jamie while she’s writing Jamie is kind of a weird thing,” Heughan said.

“It was funny,” Balfe interjected. “You could see her. It’s almost like she goes off into this imaginary world where she’s sort of talking to herself and seeing it play out .. then you see her go back to the writing. It’s amazing to watch somebody go through that process.”

And here is some big news about season three: