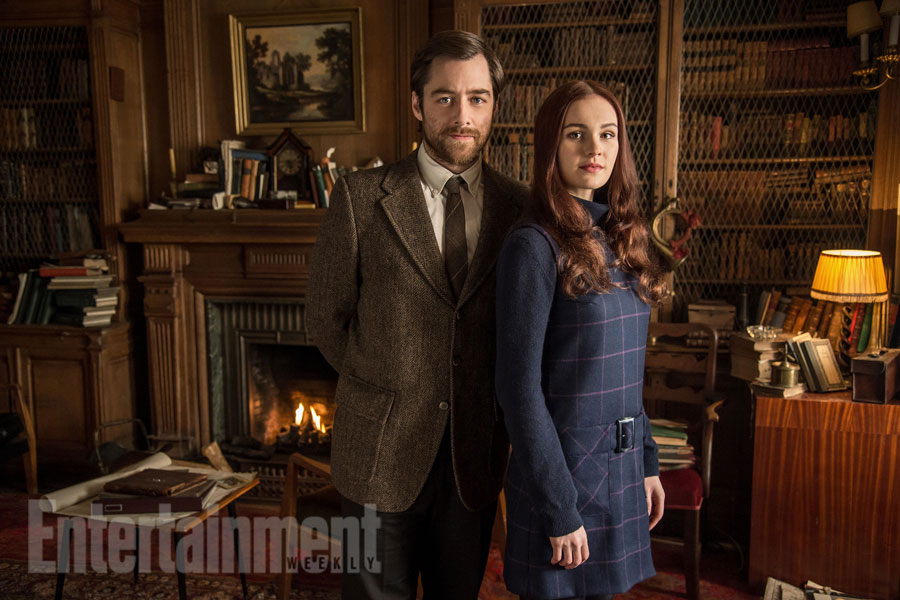 Entertainment Weekly has the exclusive first look at Roger Wakefield (Richard Rankin) and Brianna Randall (Sophie Skelton) as they will appear in the Outlander‘s season two finale, episode 213, “Dragonfly in Amber.”  The photo and interviews will appear in the physical magazine which hits stands on Friday.

Along with the photo, there are interviews with Richard and Sophie.

“There is so much anticipation for these characters,” says Rankin, a 33-year-old Glasgow native who appeared in Bradley Cooper’s 2015 flick Burnt. “I really think what we care most about is whether people are going to be happy with these characters that they’ve been waiting two years for.”

“There’s been this buildup for so long,” says the U.K.-born Skelton, 22, who expects to endure some scrutiny from fans who have devoured Diana Gabaldon’s novels from which the series is based. “It’s a scary thought because of things like the fact that Brianna’s from Boston, but we decided not to go with a Boston accent. We just assumed that given how she was raised in a private Catholic school in the ’60s, she sort of had any Boston drummed out of her and she’d be a standard American.”

“And then there are things like the eye color,” she continues. “I think people are expecting [her to wear] contacts because Bri’s eyes are blue [in the books]. Everybody will have a different view.”