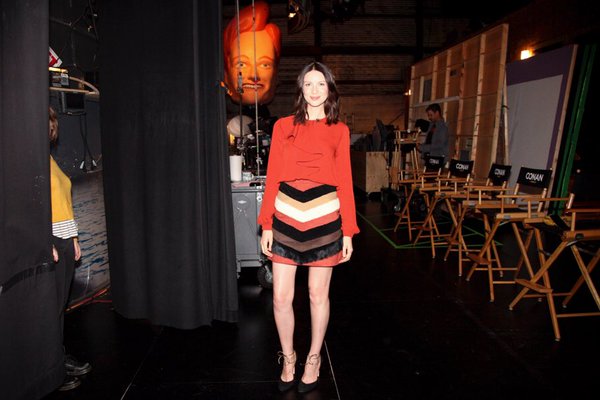 Caitriona Balfe appeared on Conan O’Brien’s talk show, Conan, last night.  In the two clips released, Caitriona talks about modeling for Victoria’s Secret, her height, and the costumes of Outlander.  You can also watch the full episode which includes a clip from episode 208 (one with Laoghaire (Nell Hudson)), talking about her Irish background, and Irish Gaelic.