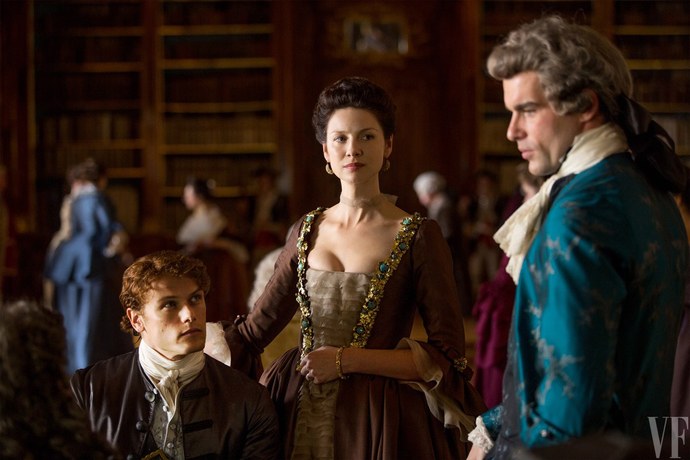 It’s all about the Comte this week in Outlander publicity.  He does have a few moments in Saturday’s episode, so I guess Stanley Weber is out there making the Comte St. Germain shine.  Stanley had two interviews this week with both TV Line and Access Hollywood in addition to his live chat with Nerdist.

“When he sees his boat burning, it’s huge. And it’s because of her,” Weber says. “On the other hand, he’s not an easy guy to deal with. He’s really concerned with his own purposes, which is to thrive and reach the top of the court, being close to the king and having a wealthy business. As soon as the Frasers step in, it’s a threat. And he deals with threats by being radical.”

Weber notes that St. Germain’s singular drive — and lack of fleshed-out home life — “gives you a lot of freedom and a lot of space to give him a back story and imagine a lot of things about him… keep him very mysterious, which is good for the audience and good for the people around him, because they never know what he’s going to be up to next.”