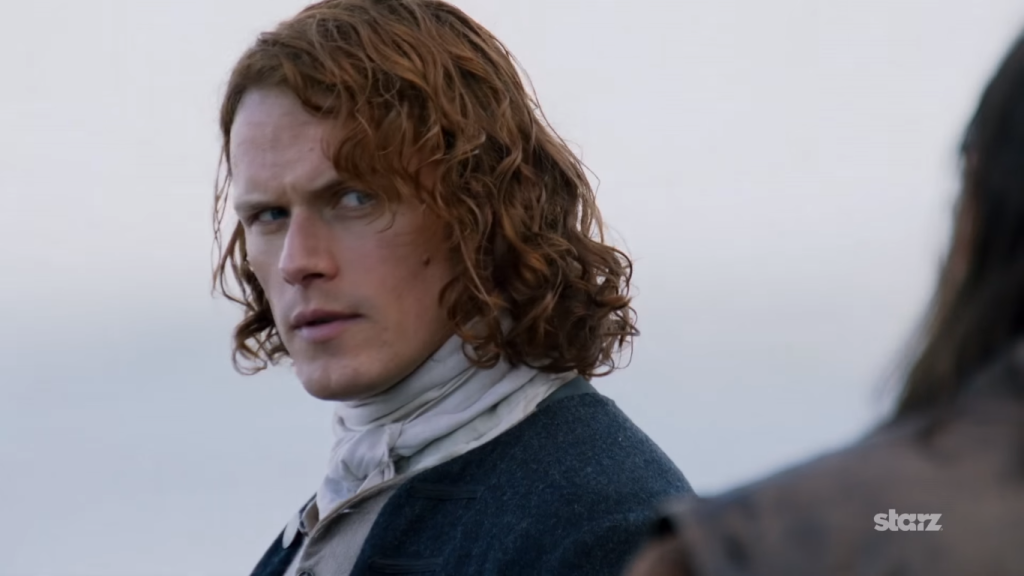 Sam Heughan spoke with Collider on all things Outlander season two.  I like the question about how the relationship between Sam and Caitriona is less new, and more established.  They had never worked together prior to Outlander, and they certainly had to learn about each other as they proceeded through season one’s episodes.  This probably worked in their favor since Claire and Jamie did not know each other either.  Check out the excerpts below and head to Collider to read the whole interview.

Do the new costumes make you carry yourself different, physically?

HEUGHAN: Absolutely! It’s quite claustrophobic. They look fantastic, but it’s all buttoned up. It’s all for show, and that’s what Jamie and Claire are doing. They’re putting on this public persona, but in private, it’s a very different story. So, when we do go back to Scotland, it’s like an old friend, putting on the kilt again, and being free and able to express your emotions.

How has your working relationship with Caitriona Balfe changed and grown, after having a season of work behind you?

HEUGHAN: In Season 1, we were finding out way through. Now, we have a shorthand. We know each other and we know what to expect. When I read a scene, I know roughly how she’s going to play it, which is nice. With Season 1, we were both new and naive to it, so we were holding each other’s hand and going into it wide-eyed. Now, it’s a little bit more lived in, which is a good thing. That’s exactly where the characters are. They’re more savvy and they understand the process of where they, but the problems they face are more complex. It’s not young love. They’re not teenagers falling in love. This is a modern relationship that has its own problems and grey areas.

Now that Jamie knows about Claire and where she came from, how does that change things between them?

HEUGHAN: It’s just like any modern relationship when the partner mentions the ex. When Frank’s name is mentioned, it’s like, “Oh, here we go.” It’s just more awkward and it’s a part of the relationship we’re now getting to see.

Do you worry at all about the changes that get made to the story and how the fans will react to it, or have they been very embracing of the changes?

HEUGHAN: I think they’re very forgiving. Of course, there are always a few, here and there, that are like, “Why is that like this?” If only they knew the logistics of everything. It’s amazing. I’m always amazed at how much we’re able to stick to the story or get everything in. We’ve got a great team of writers and they’ve all read the books, and (author) Diana [Gabaldon] is very good about that. If she doesn’t get something through to the writers or producers, she’ll go to me or Caitriona and suggest something or manage to slip it in somewhere. It is a little bit political, in its own Parisian way. But, I’m very pleased that we manage to stay close to the books. I also like to see us be able to get away from it a little bit, or play with the structure. I think that gives us more opportunity to surprise book fans. There’s always that problem of, if we do that, are we going to upset people that we’re not sticking with the books completely. It’s a tough one.