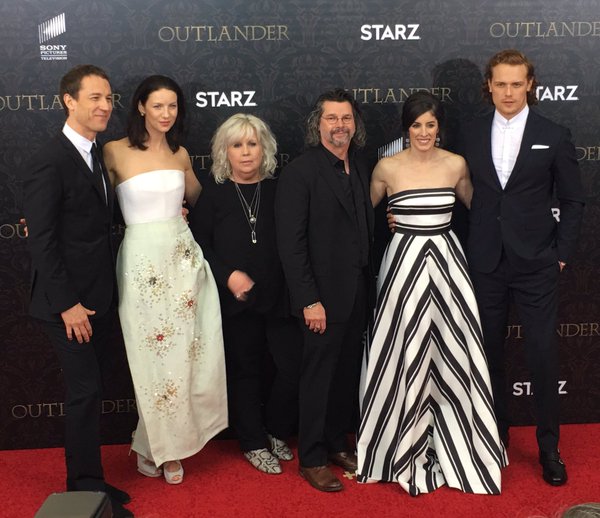 It was really a privilege to be able to attend the second season premiere of Outlander in New York City.  The premiere took place at the American Museum for Natural History inside their IMAX theatre.  We were in the balcony at the back, so our vantage point of the floor at the foot of the screen was not great.  In any case, after Starz CEO Chris Albrecht spoke, showrunner and executive producer Ronald D. Moore also stood up and gave an introduction.

Below is my video of it.  It was taken with my Flip camera, which was not the best decision.  So while you can’t make out Ron very clearly, you can hear everything he says.