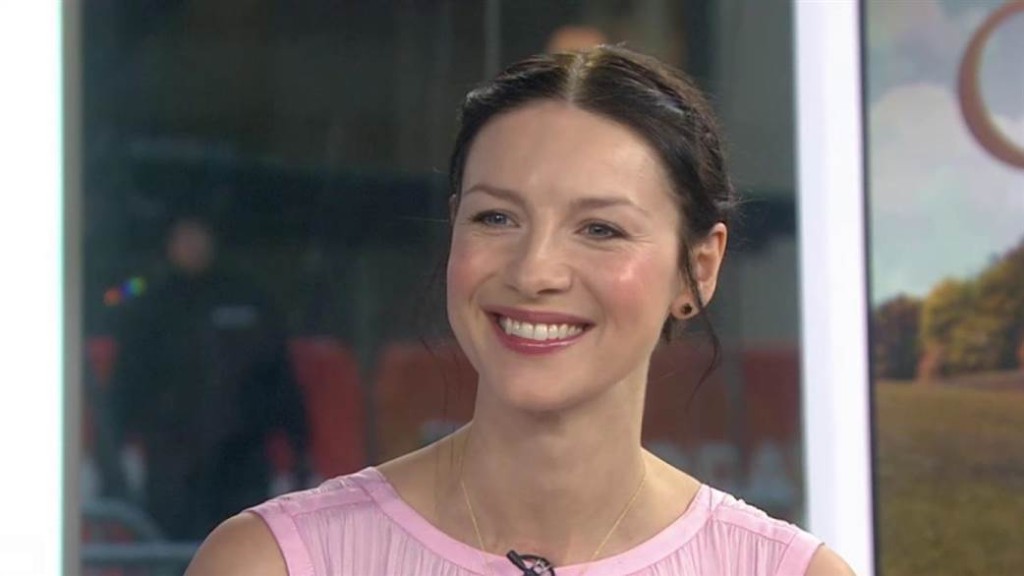 Caitriona Balfe was on the Today show this morning in NYC promoting the second season of Outlander.  She had her hair up and in a pretty, long, pink dress.  She discussed having a Carrie moment, the second season and the basis for the first season, Sam’s obsession with the baby bump, and substitutes for Paris in the show.

So much fun chatting to Al, Tamron and Willy this morning on @TODAYshow Thank you for having me ! pic.twitter.com/ENxNHoUHnF