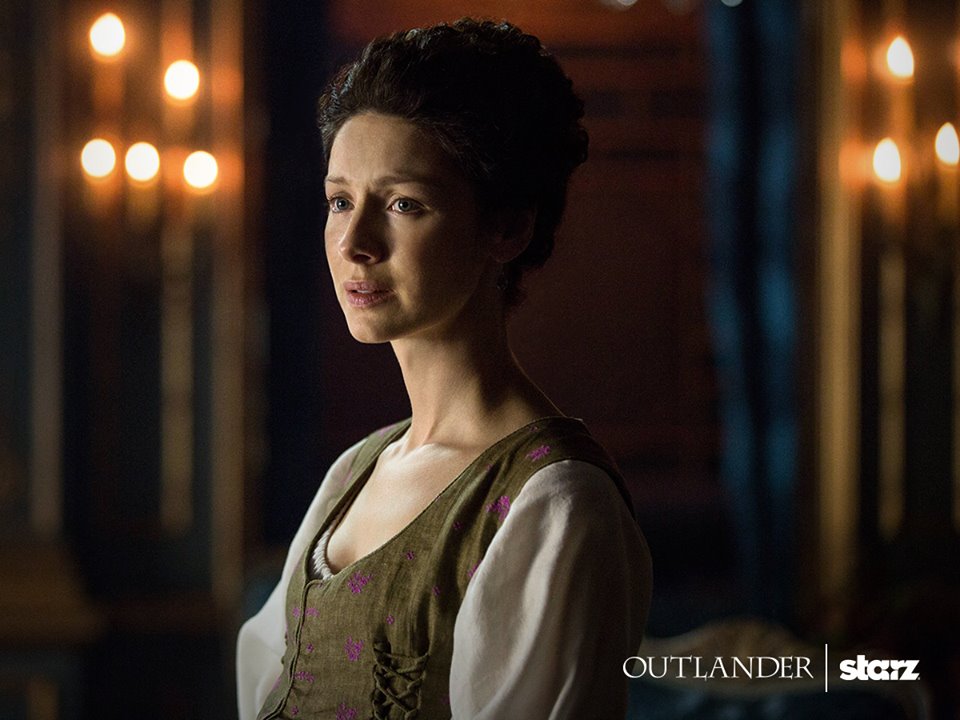 Caitriona Balfe gave an interview to Parade Magazine.  In it she discusses Claire’s goal for the future and her husband, Paris society’s place for women, and that red dress she wears this season on Outlander. Excerpts are below, but head over to Parade to read the entire article.

“It’s much less brutal and a less dangerous place than Scotland in some ways, but women were expected to go and sit in drawing rooms, gossip, drink tea and be very pretty ornaments to look at, and that drives Claire absolutely insane,” Balfe says. “You see her frustration building as the episodes go on, and it’s not until she finds  an outlet for her calling as a healer that she is able to relax a little and feel worthy again.”

“There is a reason why women do not wear corsets and massive gowns like that anymore,” Balfe answers when asked if wearing them was difficult. “The red dress was gorgeous, but I had to perfect the art of walking sideways because it was 4-feet 2-inches wide.  I probably wouldn’t be able to get through a door. It’s funny, the character and I had a similar journey with those costumes, because, I think, in the beginning it was so fun to let Claire explore her femininity and have this moment where she could be luxurious and play around with design and costumes. And for me, obviously, they’re each so beautiful that it was really fun in the beginning to have these beautiful new clothes to wear, but they’re not comfortable, and when you’re in them for 13 hours of the day, it takes a toll.”