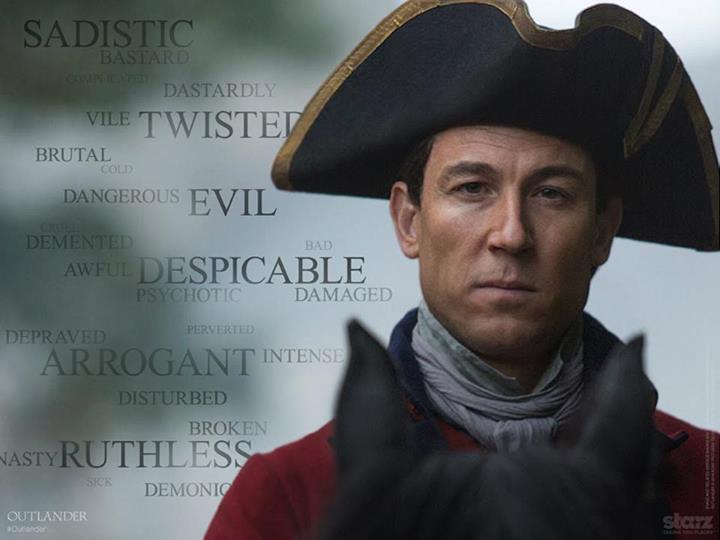 Hip hip horray, for Outlander‘s Black Jack Randall!  Okay, I guess we should not be that excited for a “villain,” but Tobias Menzies’ portrayal of the guy we love to hate has garnered him a top honor from Rolling Stone magazine.  Black Jack Randall is #31 in the “40 Greatest TV Villains of All Time.”  Yes, we concur.  We can’t wait to see him again in season two!

Racist, rapist, killer, colonialist, self-loathing closet case — plenty of actors would take this sadistic British army officer straight into moustache-twirling territory, and Starz’s bodice-ripper practically demands it. But Tobias Menzies does something special with Black Jack Randall, glowering and growling through every scene as though he’s a man incapable of experiencing pleasure at all, except at the expense of other people. While sexual sadists like Ramsay Bolton on Game of Thrones (on which Menzies briefly co-starred as Robb Stark’s doofus uncle Edmure Tully) delight in their depravity, Black Jack is harrowingly joyless.