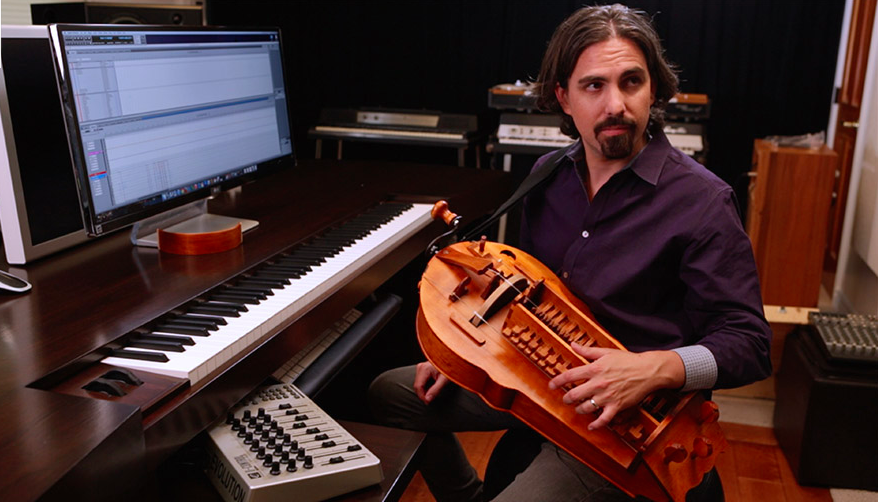 Outlander composer Bear McCreary really does like to explain his choices when it comes to his scores.  Does any other television series composer do this?  Bear took to his blog to address the change in the Outlander theme.  He also delves into Frank’s theme, Le Compte St. Germain’s theme, the piece that plays when Claire looks out the window, and the differences between the 1948 and 1745 music in episode 201.  Excerpts about the theme change are below, but head over to Bear McCreary’s blog to read his details.

I was striving for the all-French version to sound different, and I succeeded. Discussing the new theme with the studio and network, however, Ron and I suspected we pushed it too far. Yes, the theme sounded utterly gorgeous in this new context, but we had sacrificed the familiarity and nostalgic connection to the audience we had built over the course of season one. We also had concerns when we looked to the future. Our characters will not spend the entire season in Paris, which means our main title may change again before the season is done. I feared these drastic changes in the main title would be too jarring to the audience, who are already being asked to follow the series through diverse narrative tones.

Ron and I decided to split the difference. In this new take, Raya’s vocal begins as it did before, in English. Instead of being joined by a Scottish fiddle and bodhran, however, she is joined by the baroque viola da gamba. The track builds momentum into the final chorus, and Raya switches into French, as the familiar bagpipes and Scottish snares enter. The end result is a hybrid of the purely Scottish and French versions. This accomplished our goal of representing Paris in the main title theme, without feeling like a completely different show. This hybrid approach is the ideal version for broadcast, yet I’m hopeful fans will have an opportunity one day to hear the fully French version that began our creative process.