**Heavy Spoiler Alert:  If you would rather not see the red dress until it airs in an Outlander episode, look away now before it is too late.  Seriously.**

The day began with Starz saying to go grab the newest issue of People Magazine for a look at *the* dress for season two of Outlander.  For us readers, that immediately means the red dress.  While I quickly found out that stores don’t switch out the magazines until Thursday or Friday, a fan (thanks, Wanda) on Twitter found a copy (it has Ryan Reynolds on the cover, bonus!) and snapped a photo of the reveal.

Yes, indeed it is Claire (Caitriona Balfe) in that red dress, with a bonus Jamie (Sam Heughan) by her side. 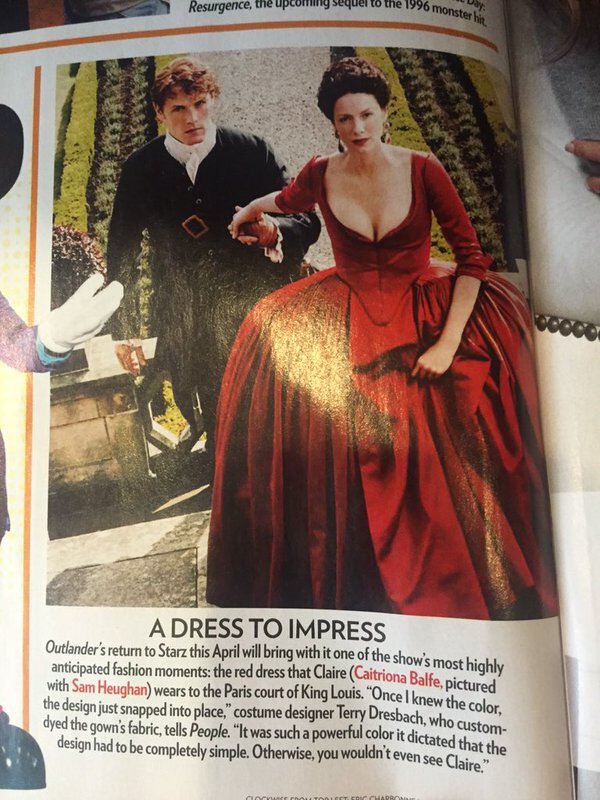 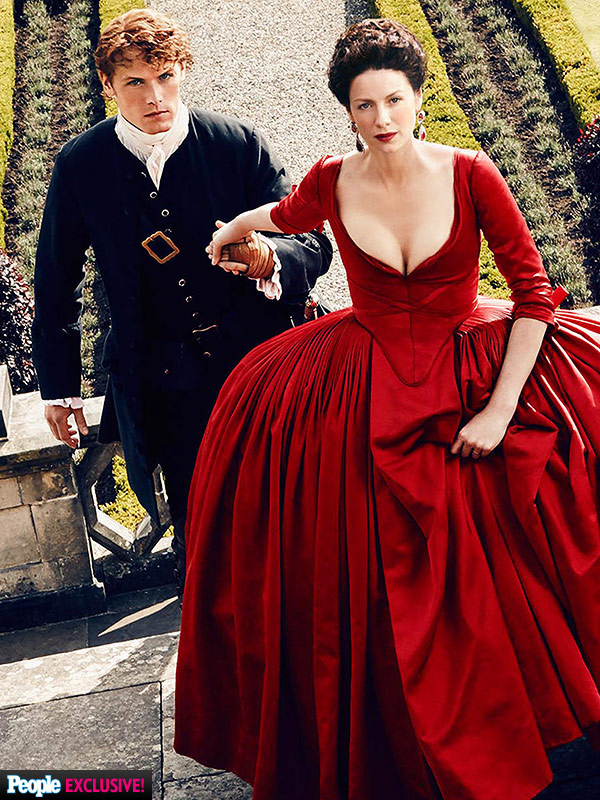 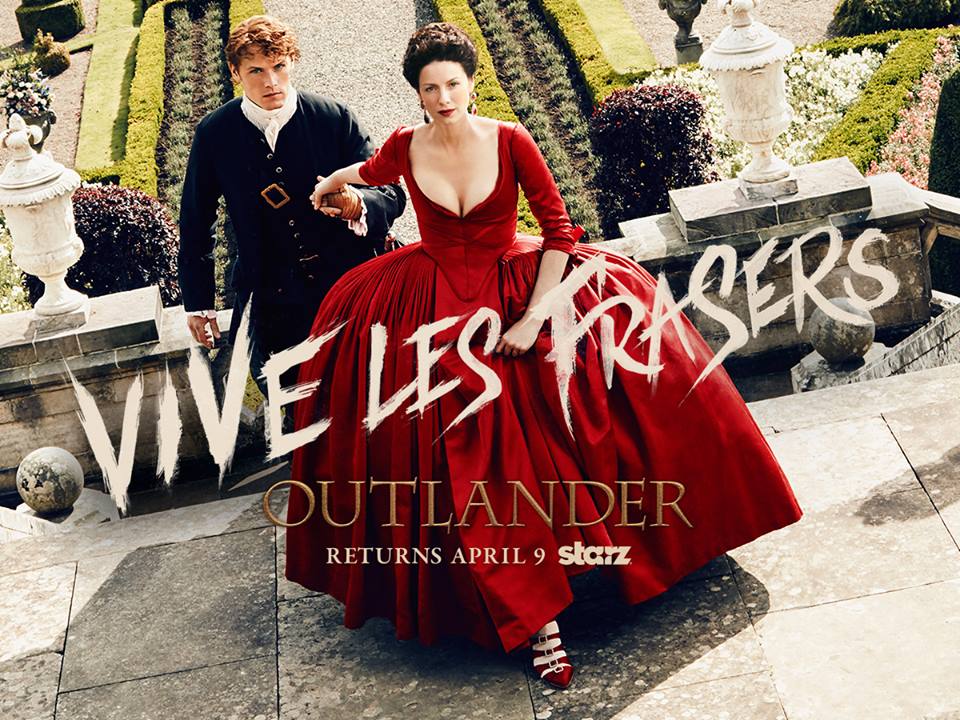 The reveal in People is accompanied by quotes from costume designer Terry Dresbach on the color and construction of the dress.

Update: It all makes sense now because Starz has used the above photo as their season two key art or poster.  So there is no avoiding it, and Terry may be pleased as punch that this costume is front and center for the whole season.