The first major advertisement for the second season of Outlander has made its grand debut in Los Angeles, California.  The new key art for the season has been pasted on the Sofitel Hotel for all to see.

Thanks to Outlander SoCal for the photo and keen eyes! 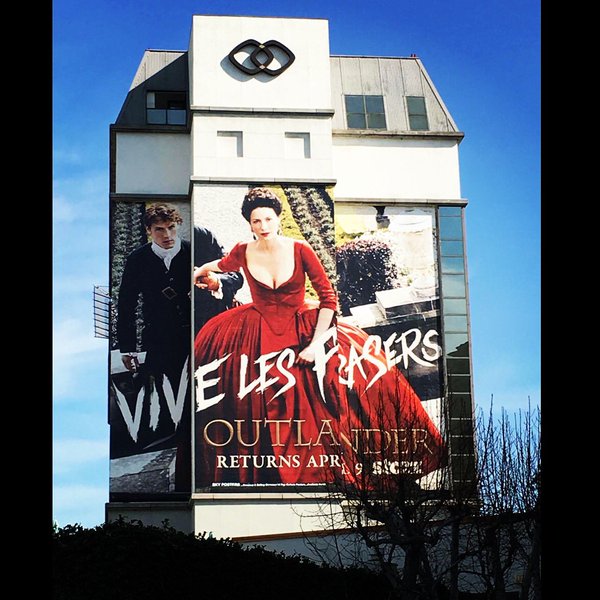