Today’s #OutlanderOfferings gift is one that is really decking the halls! In this new official photo released by STARZ we see Jamie (Sam Heughan) and  Murtagh (Duncan Lacroix) in their French finery. It looks like everyone but Murtagh is amused or concerned, and we get a nice look at some of the male costumes that Terry Dresbach and her team have worked their magic on to produce.

Updated: Another #OutlandishOfferings set photo has been posted this evening. What could it be? Is it Claire’s? Master Raymond’s? Only time will tell. -Ashley 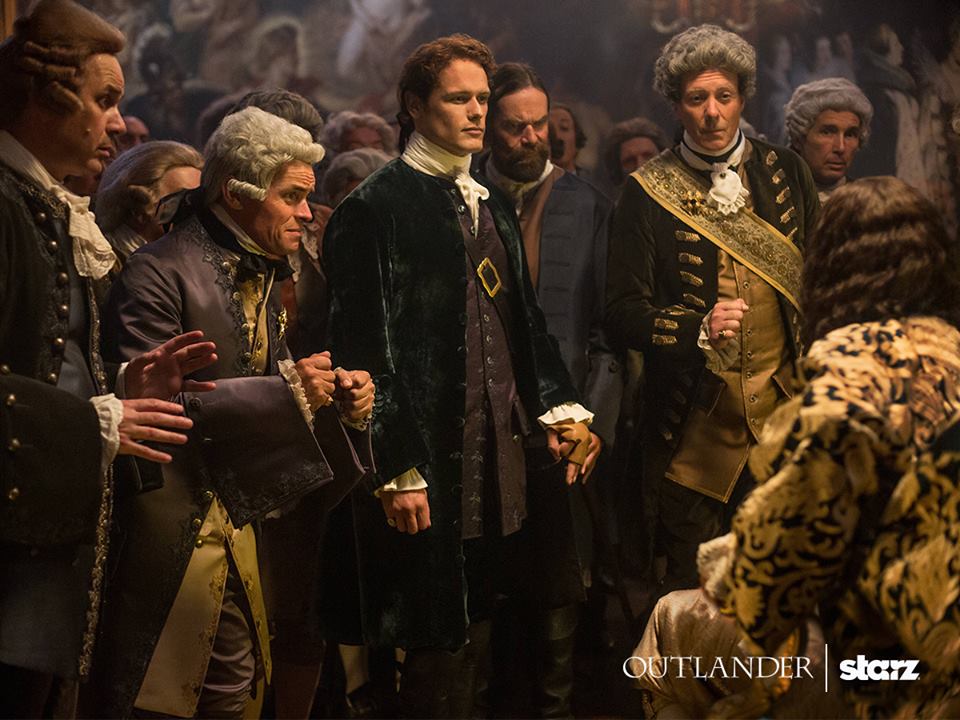 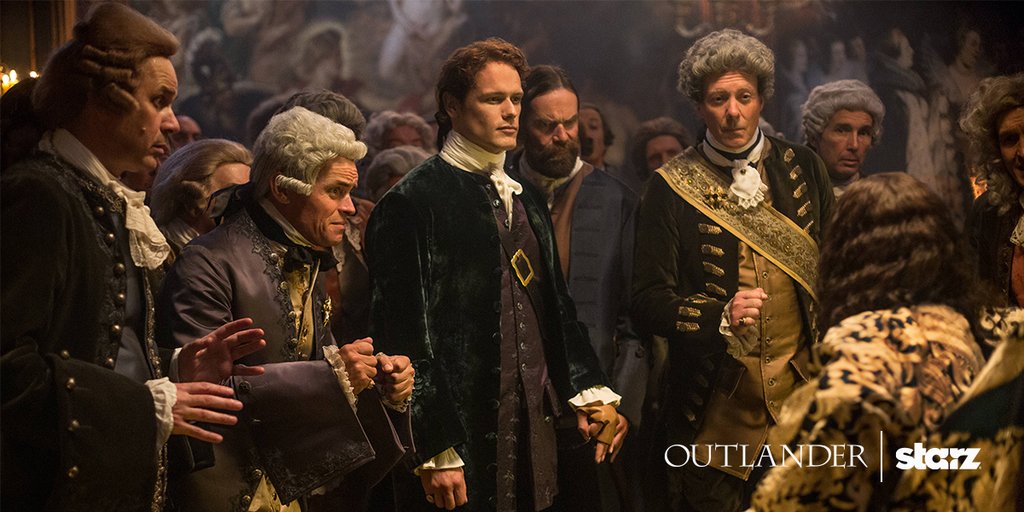 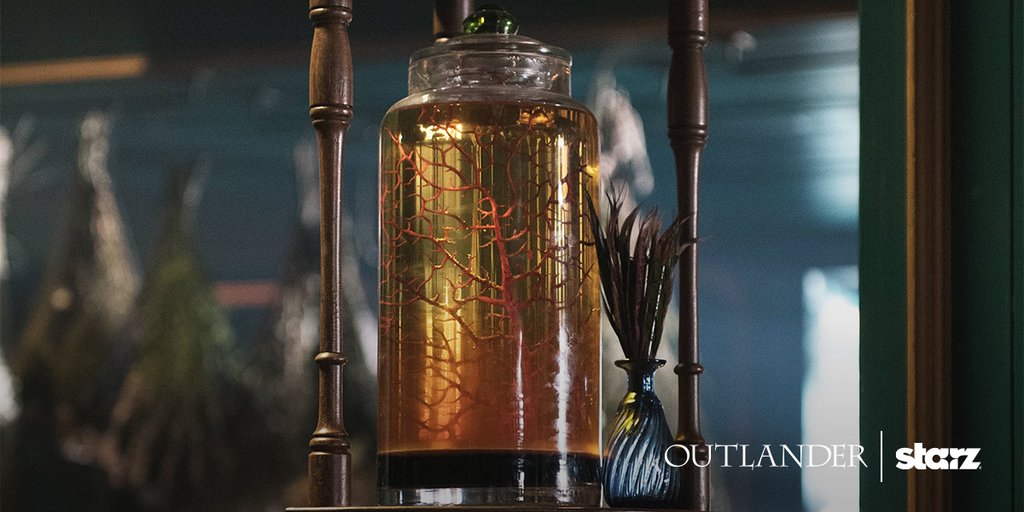