Margaret Gardiner of The Hollywood Foreign Press Association (HFPA) wrote a piece about the costumes of Outlander and Terry Dresbach and her team.

“It’s a fashion show. I’d check with Ron, ‘Are you sure you want me to go that far? It’s going to be over the top?’ He’d always say, ‘Take it as big as you possibly can.’ And it is big and bold. I’ve designed a color palette that was quite brilliant. One of the things we learned about shooting in dark, candlelit rooms, is people can become floating heads very quickly. I wanted colors that come out of the darkness.” The solution? “I created clothes that are brilliant and rich and actually look edible when you see them.” Since you can’t buy 18th century fabric we have to make it.

The labor is intensive as they prep for the next week’s filming while completing the current week’s show. “Sometimes we’ll be in a production meeting and hear a character is going to be stabbed. My job is to understand that that will mean bleeding – and what that will do to the garment. How many replicas are needed, not only for the lead character, but for the stunt double too.” There simply may not be enough time to create the multiple facsimiles before filming. They cannot go to a costume shop to rent them, so the team has to create them.” It’s no wonder that Terry admits, “I’ve been known to lobby the character gets hit over the head rather than be stabbed, because a stabbing means more costumes that we might not have time to create.” 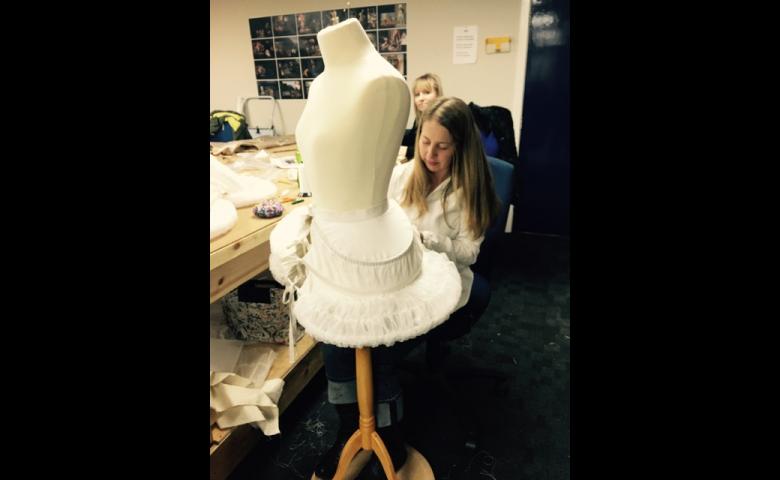 “Terry insists on authenticity even if unseen, tucked away beneath a gown: bustles and corsets receive the same amount of detailing as gowns.” 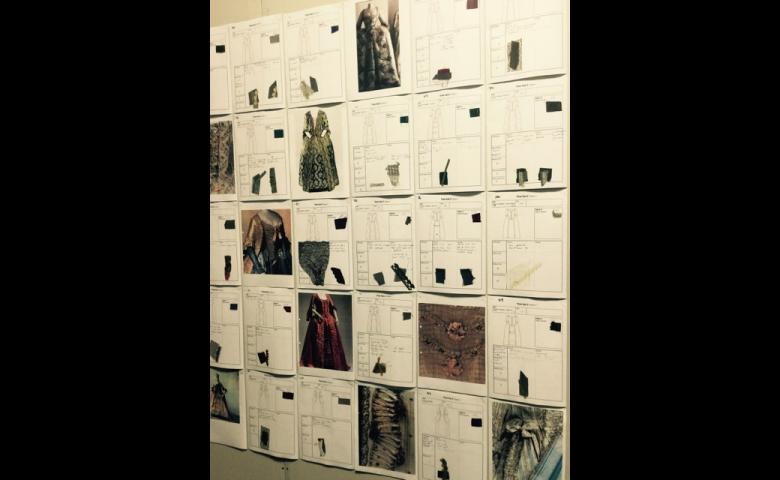 “Each item the audience sees has been created, sketched, matched to a fabric before coming to life on the screen.” 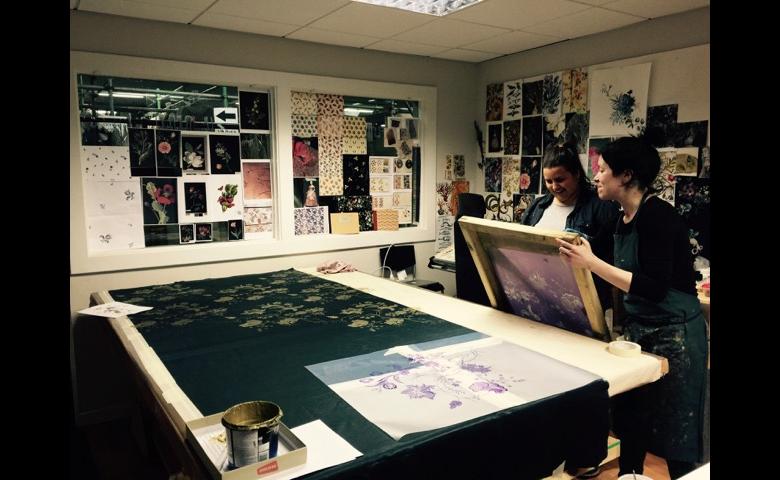 “Materials are often hand stenciled and then stitched or painted by a team of more than 30 in the department Terry oversees.”