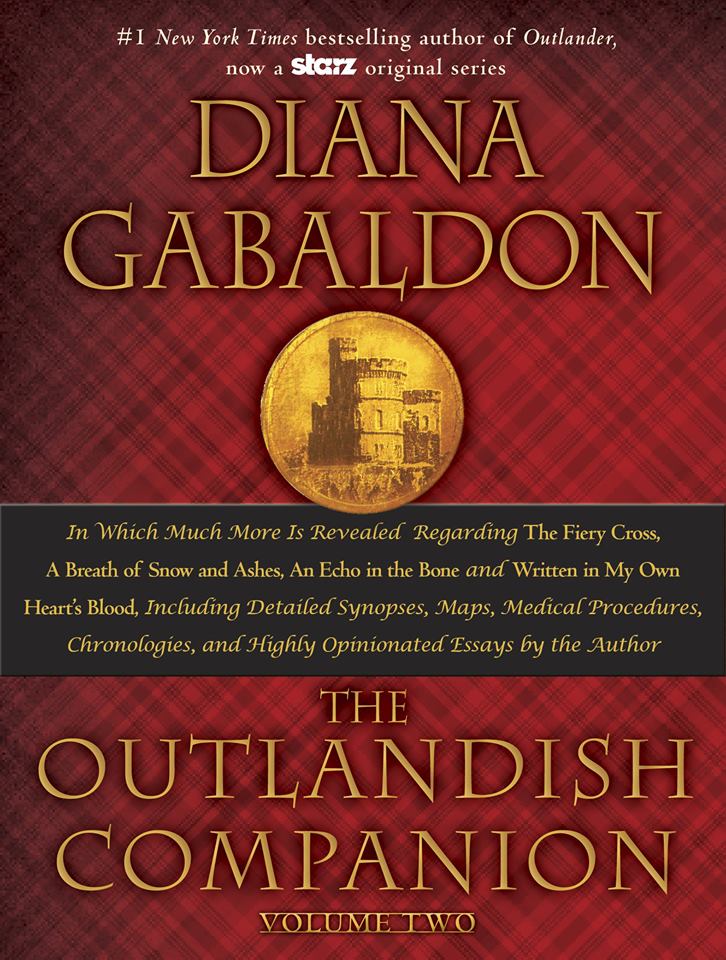 Two new products from the mind and heart of Diana Gabaldon are now available!

The second Outlandish Companion is here!  It is brand new and called Outlandish Companion Volume Two: The Companion to The Fiery Cross, A Breath of Snow and Ashes, An Echo in the Bone, and Written in My Own Heart’s Blood.  It was released October 27, 2015. You can purchase it on Amazon or a signed copy from The Poisoned Pen.

“Written with Gabaldon’s signature wit and intelligence, this compendium is bursting with generous commentary and juicy insider details, including

• a complete chronology of the series thus far
• full synopses of A Fiery Cross, A Breath of Snow and Ashes, An Echo in the Bone,and Written in My Own Heart’s Blood
• recaps of the Lord John Grey novels: Lord John and the Private Matter, Lord John and the Brotherhood of the Blade, Lord John and the Hand of Devils, and The Scottish Prisoner
• a who’s who of the cast of Outlander characters, cross-referenced by book
• detailed maps and floor plans
• a bibliographic guide to research sources
• essays on subjects as wide ranging as Outlandish controversies regarding sex and violence, the unique responsibilities of a writer of historical fiction, and Gabaldon’s writing process
• a guided tour of the clothes, food, and music of the eighteenth century
• a Scottish glossary and pronunciation guide
• personal photos from the author taken on the set of the Starz Outlander series

As entertaining, sweeping, and addictive as the series itself, this second volume of The Outlandish Companion is a one (or two)-of-a-kind gift from an incomparable author.”

Also available is The Official Coloring Book.  It is a coloring book for adults and was released also on October 27, 2015.

THE WORLD OF OUTLANDER AWAITS

From the lush green of the Scottish Highlands to the military red of a British soldier’s coat or the vibrant hues of a tartan kilt, the colorful world of Claire Beauchamp Randall and Jamie Fraser is now yours to explore. Featuring gorgeous natural landscapes, detailed drawings of Claire’s medicinal herbs, depictions of the books’ most beloved scenes and characters, and intricately rendered clothing, weapons, and armor straight out of eighteenth-century Scotland, these exquisite black-and-white images—from renowned illustrators Juan Alarcón, Yvonne Gilbert, Craig Phillips, Jon Proctor, Tomislav Tomić, and Rebecca Zomchek—are designed to dazzle and inspire. Fans of the series, as well as lovers of history and art, can party like it’s 1743.”

You can purchase the coloring book on Amazon or a signed copy from The Poisoned Pen. 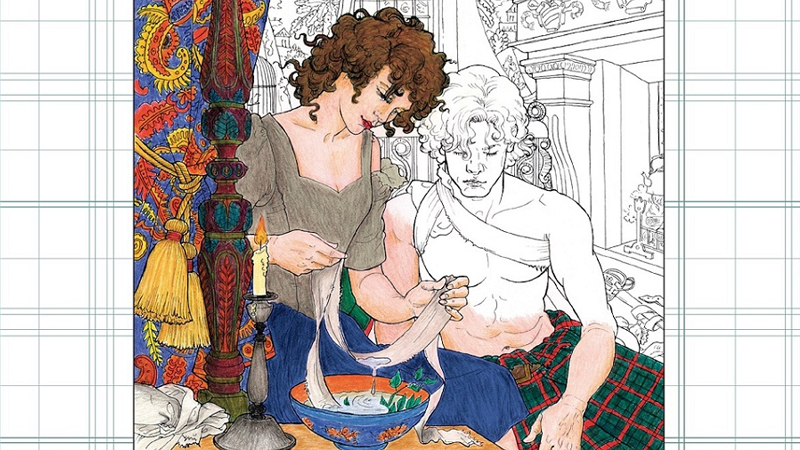 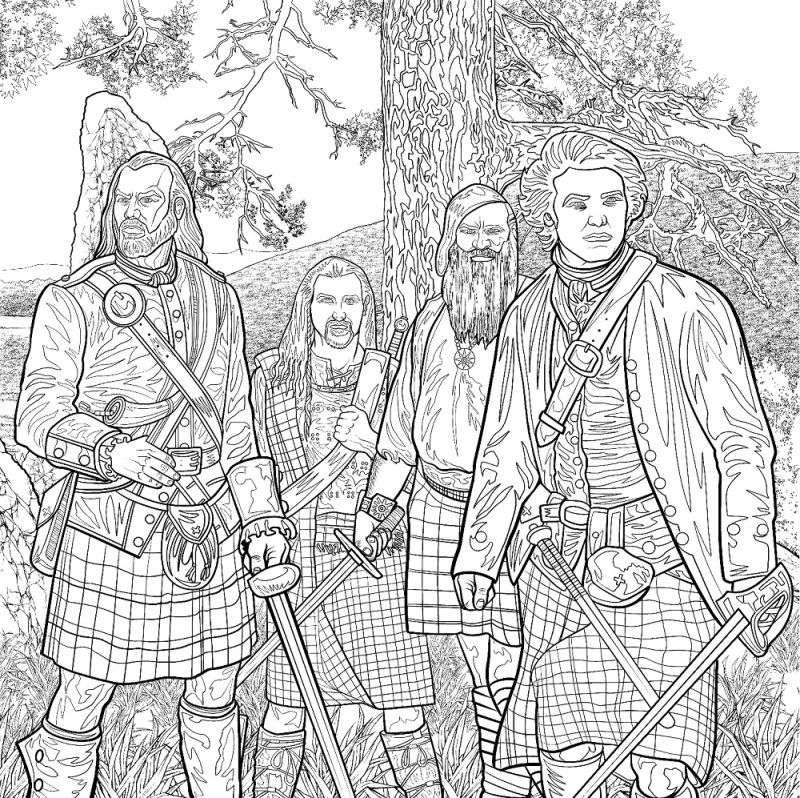 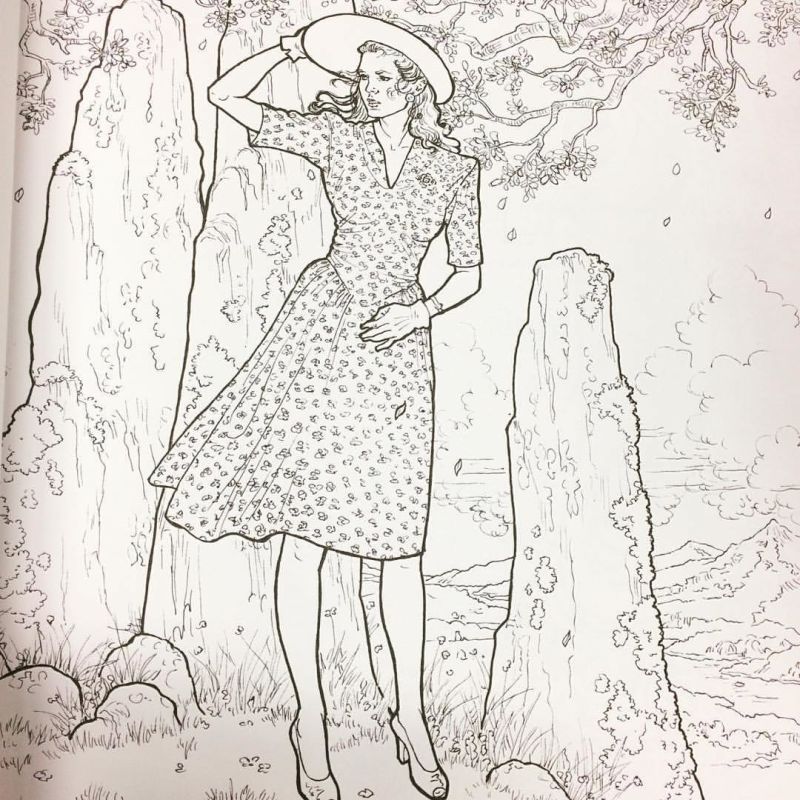 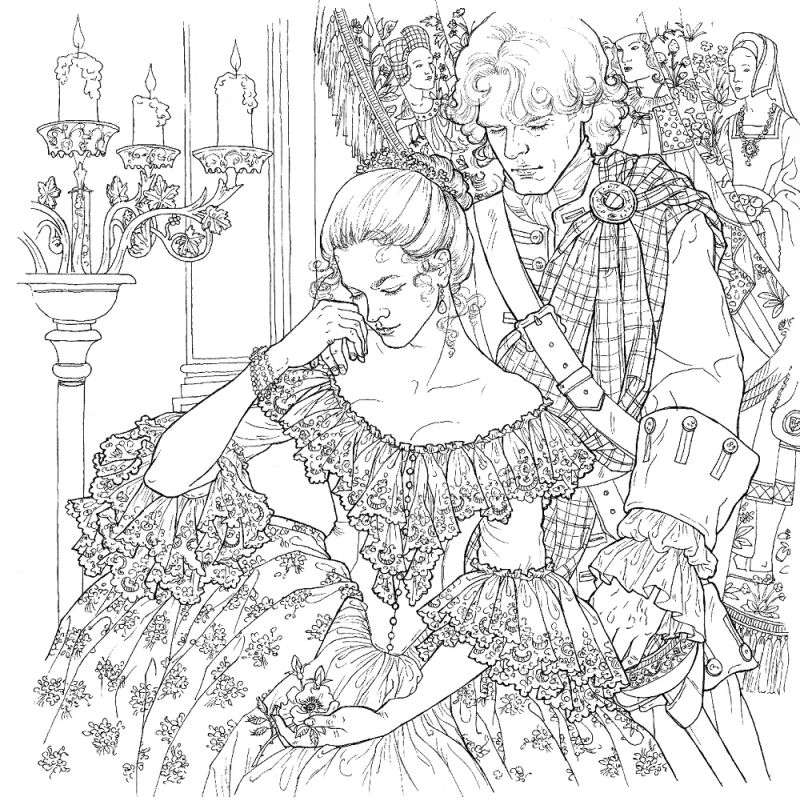