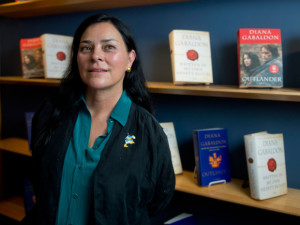 **SPOILER ALERT: If you enjoy surprises and do not want to know about specific plot devices or character arcs in the books following Outlander, enjoy this post but do NOT watch the interview.**

Diana Gabaldon recently sat down at Poisoned Pen for a livestreamed interview and Q&A centered around the approaching release of her two newest works, the Official Outlander Coloring Book “for adults, which does not mean it has racy pictures in it, far from it unfortunately…” according to Herself, and the Outlandish Companion Volume Two, both available Tuesday, October 27.

Diana discusses the various components of the second companion volume, which covers the latter four books in the series followed by a Q&A consisting of questions submitted by fans. Check it out.