Through a Russian affiliate/channel of Sony Entertainment Televison, we have a couple new photos of Outlander filming its second season in Scotland.  You can see Caitriona Balfe (Claire), Sam Heughan (Jamie), and Duncan Lacroix (Murtagh) in the second photo, while the first photo is a photo of the landscape with the tents set up for a scene. 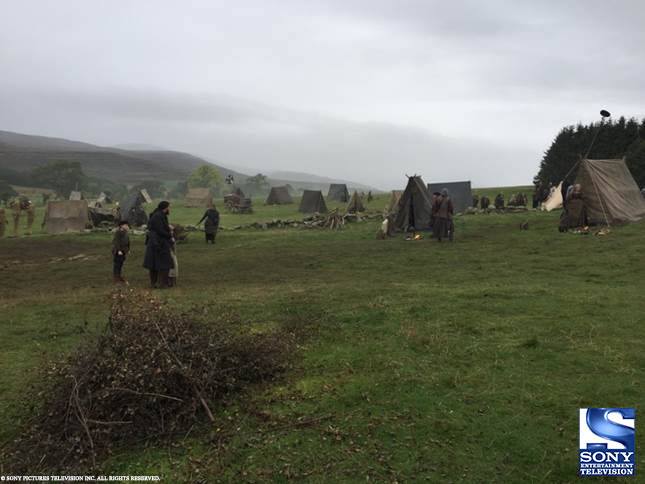 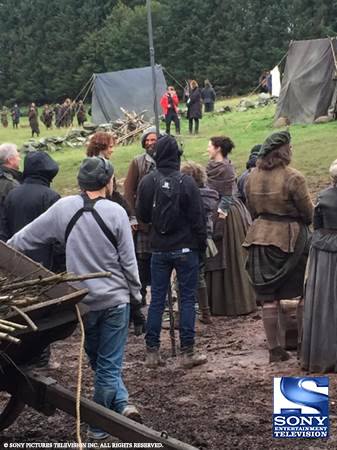