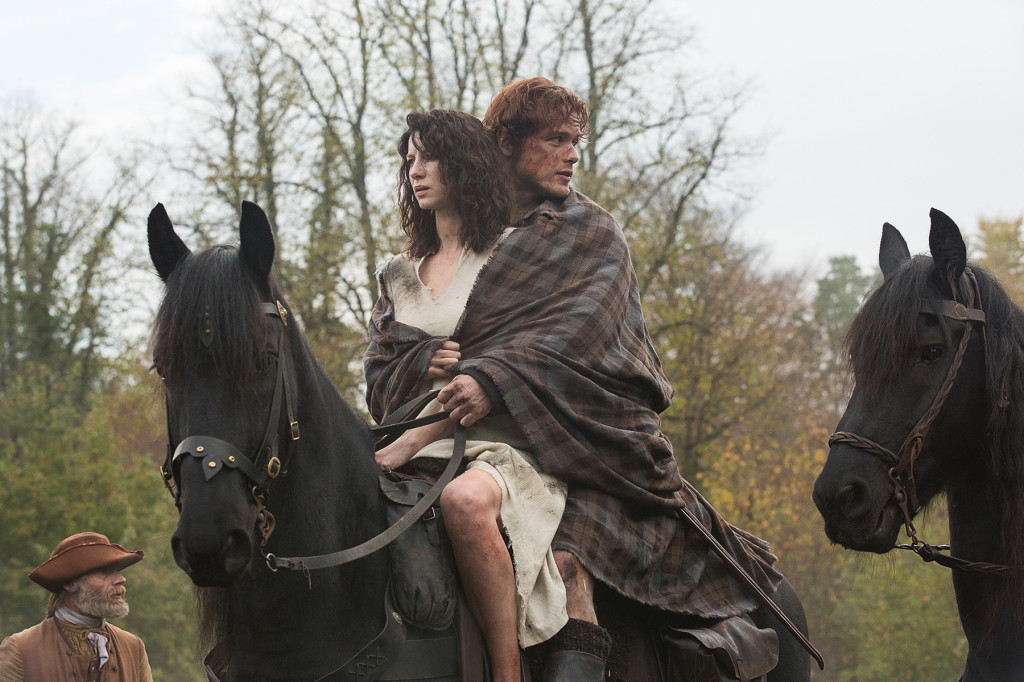 Sam Heughan gave an interview to IndieWire about his work on Outlander.  I thoroughly enjoyed his description of his screen test with Caitriona Balfe.  He also reveals that the show may be shooting at Versailles for exterior shots.  If that comes to fruition, I cannot wait to see what the crew and the illustrious Jon Gary Steele are able to do with such a location.

As I play catchup with all of the interviews that Sam Heughan has given recently, the titles of my posts are starting to look very similar.  Apologies in advance!

Anne Thompson: They cast you first and then had a tough time finding your leading lady. Describe the first time you met Caitriona Balfe.

Sam Heughan: The first time we screen tested together, I’d been on board the show for a couple of months. I had flown out to America different times to screen test different girls, also London and New York. They couldn’t find the right actress to play Claire, they couldn’t agree. Caitriona came in. We had a fantastic audition. We had a big scene to do by the river from Episode Nine, where Jamie and Claire go for each other. There’s dramatic high stakes. I remember tearing pieces out of each other, it was very physical, I had her in a bear hug, looking at her, and she was really pissed off at me, really angry, really strong. We were both willing to go for it. It’s important that Claire is Jamie’s foil and likewise, they’re equal.

You two navigate gender power dynamics in a compelling way.

It shouldn’t be news that this is strong female lead character. It’s great. He is from the past and is a forward-thinking man, willing to understand things and take onboard her ideas and her moral code. That’s the rub, that’s the conflict. She’s trying to be tolerant in order to live in his world; he’s trying to come to grips with the way she is. Ultimately they come to understand each other.

Claire clearly is someone who has a past history, has secrets in her past. She tells him in due course. He has his own built-in pride as well. At the end of the series, when this terrible thing has happened to him and he feels guilty, he is forced by Claire to tell her. That makes them stronger and bonds them together to share everything and work through this pain. They are quite kindred spirits.

Yeah, almost three episodes. We’ve been doing night shoots this week. I’m pretty dead. It’s a completely different world, France, we go to the French court. We are shooting interiors in Scotland, with some time in France, Versailles, elsewhere, a little bit in England. Scotland is the majority. It’s very alien to home, we’re finding our place in a different world. It’s about overcoming what happened to Jamie, Claire is pregnant. It’s a new life and new responsibilities as their relationship changes.

Sam also answers questions about the difficulty of shooting certain scenes, Scottish locations, authentic costumes, his extra time in the makeup chair, director Anna Foerster, and his upcoming independent film, Where the Starlight Ends.  Head over to IndieWire to read the rest of his interview.