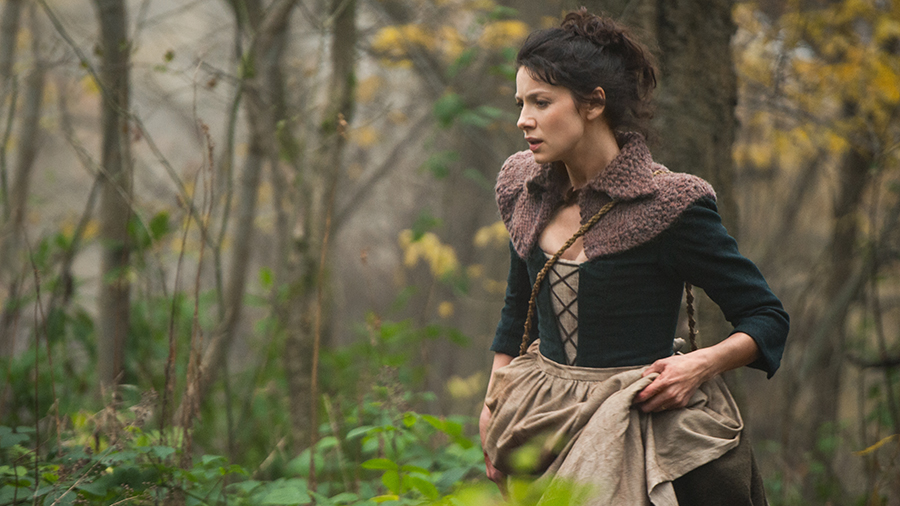 The first season of Outlander may be over, but with production underway on season two, there is definitely more of Jamie and Claire heading our way. In addition to the show’s return, fans can also look forward to new merchandise in the coming months as Knockout Licensing announced five new Outlander licensees today.

The new licensees include: Dark Horse Comics, Lion Brand Yarn Company, Rock Love, Surreal Entertainment, and Vandor. Upcoming items from the companies will include sculpted bookends, yarn and patterns, drink ware, novelty items, and much more (check out more in the press release below). Some products are expected by the end of this year, while others do not have any projected dates of arrival.

Licensee: Lion Brand Yarn Company
Products: Yarn and Patterns.
Products are expected by the end of this year.

Licensee: RockLove
Products: Premium hand crafted jewelry inspired by the series, made in sterling
silver and bronze.
Products are expected by the end of this year.

Licensor: Sony Pictures Television
Property: OUTLANDER
The OUTLANDER television series is adapted from Diana Gabaldon’s New York Times bestselling OUTLANDER book series. The eight-book series has sold more than 26 million copies worldwide and has graced the New York Times best-seller list six times. OUTLANDER – which spans the genres of romance, science fiction, history, and adventure in one epic tale – follows the story of Claire Randall, a married combat nurse from 1945 who is mysteriously swept back in time to 1743 and thrown by circumstances beyond her control into the arms of Jamie Fraser, a chivalrous and romantic young Scottish warrior.

OUTLANDER’s inaugural season aired on Starz (Saturdays at 9pm) in two parts: the first eight episodes from August 9 – September 27, 2014; the second half of the season aired April 4 – May 30, 2015. The series garnered much popular and critical acclaim including a People’s Choice Award for Favorite Cable Sci-Fi/Fantasy Show and the Critics’ Choice Television Award for Most Exciting New Series. Season Two was picked-up for 13 episodes and is set to premiere Spring 2016.

OUTLANDER is available to viewers in 171 territories around the world.

Formed in 2012, Knockout Licensing is a joint-venture headed by CopCorp Licensing’s Carole Postal and TK Brand Group’s Tamra Knepfer, bringing together two of the most well-respected professionals in the industry.
www.knockoutlicensing.com