Outlander is a major focus in the June issue of The Scots Magazine.  There is an article about Diana Galbaldon with an interview with her that took place at the Outlander Retreat in Seattle.  Another article focuses on a tour of Edinburgh and places mentioned in the books.  Finally, the magazine also features a few of the shooting locations for the show including Culross, Linlithgow, Falkland, Doune Castle, and Rannoch Moor.

Thanks so much to Sherry Troop for sharing these pages with us. 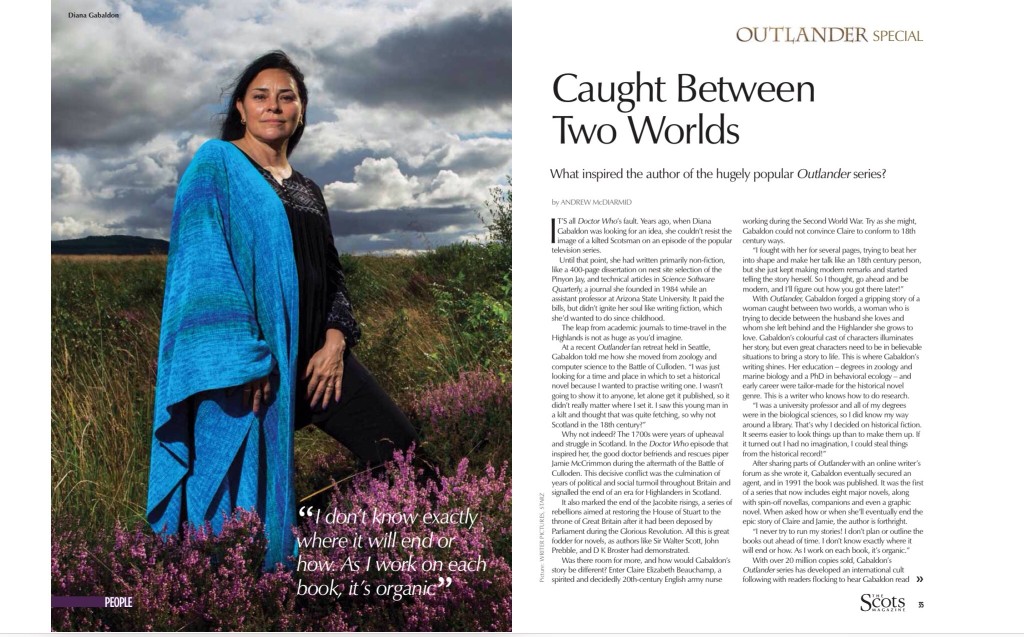 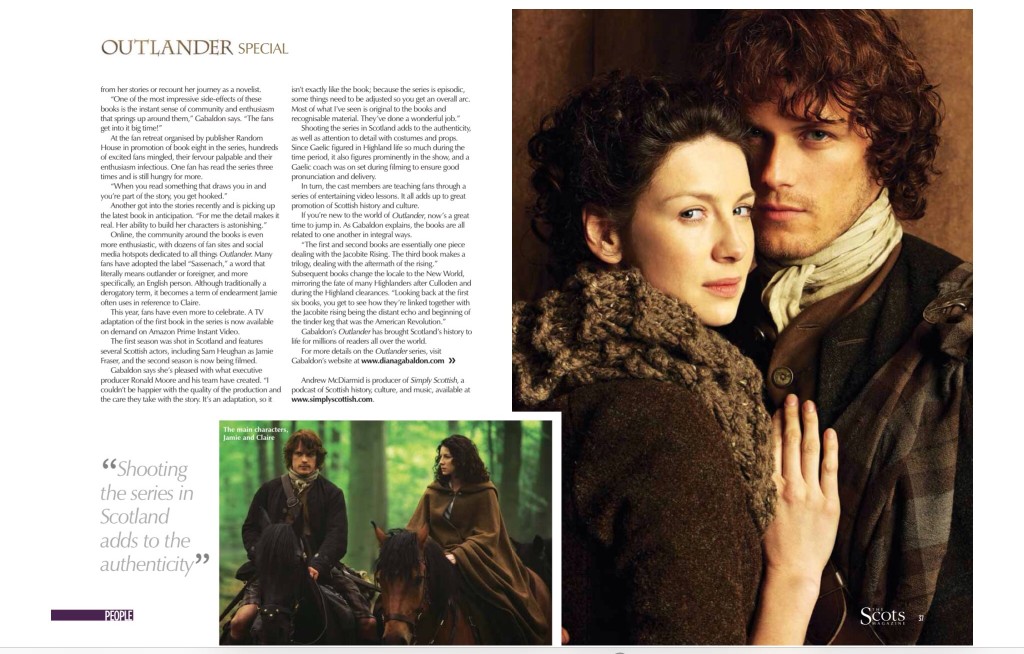 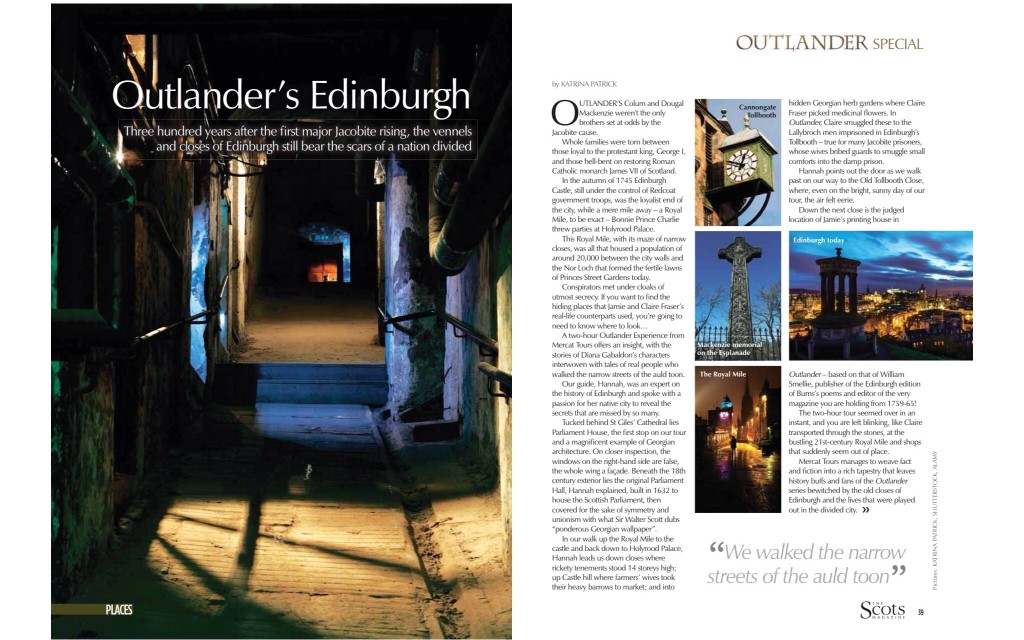 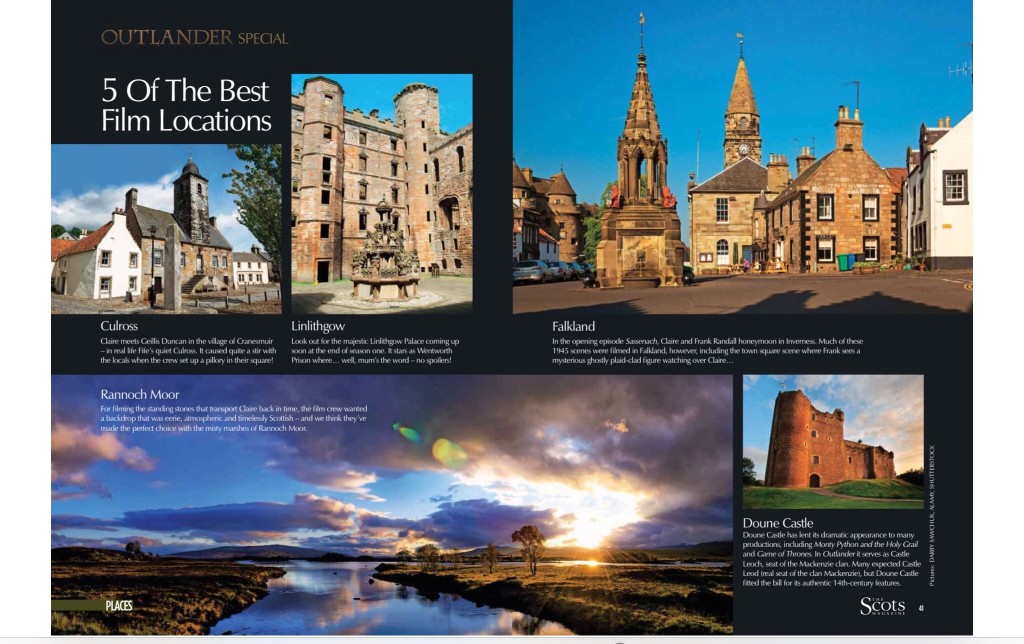