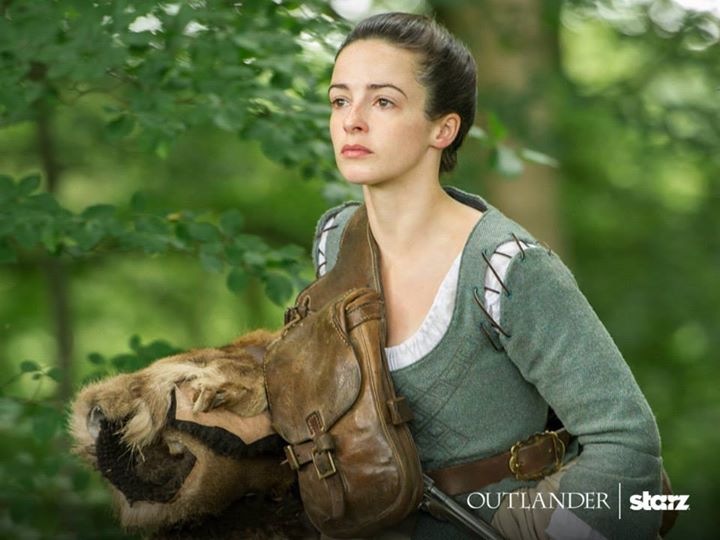 The Independent interviewed Laura Donnelly about the eventful year she has had, including landing her integral part as Jamie Fraser’s sister, Jenny, in ‘Outlander’. She was signed on to play the part of Emma O’Reilly in ‘Icon’, a film about the Irish masseuse who blew the whistle on Lance Armstrong. She also debuted on Broadway across from Hugh Jackman in ‘The River’. Both of these on their own would be great opportunities for the young Irish actress, but then she was asked to be photographed by Annie Leibovitz of ‘Vogue’, something considered to be an immense honor.

But the young, up-and-coming star’s career hasn’t always been easy. She has had to face people on the internet turning her film love scenes into something less than flattering, people breaking into her internet accounts, not to mention growing up in Northern Ireland in a convent. Despite all the things that could have scarred or discouraged her, she persevered and faces her future as an actress with hope and positivity. That being said, she is also being smart to keep her personal life out of the spotlight from now on, though she has admitted to dating a writer and is considering moving back to Ireland so she can live there with him.

“I’m actually in the process of looking for a property somewhere in Ireland”, she says. “I’d like to live here with my boyfriend. There is a lot going on in my career at the moment but maybe being away has made me a bit nostalgic. Ireland is a place that poets and playwrights have written about for generations and for me it’s magic too; I’m ready to come home.”

Check out the full article, and details about her experiences with her costars this year here. I hope you guys enjoy!