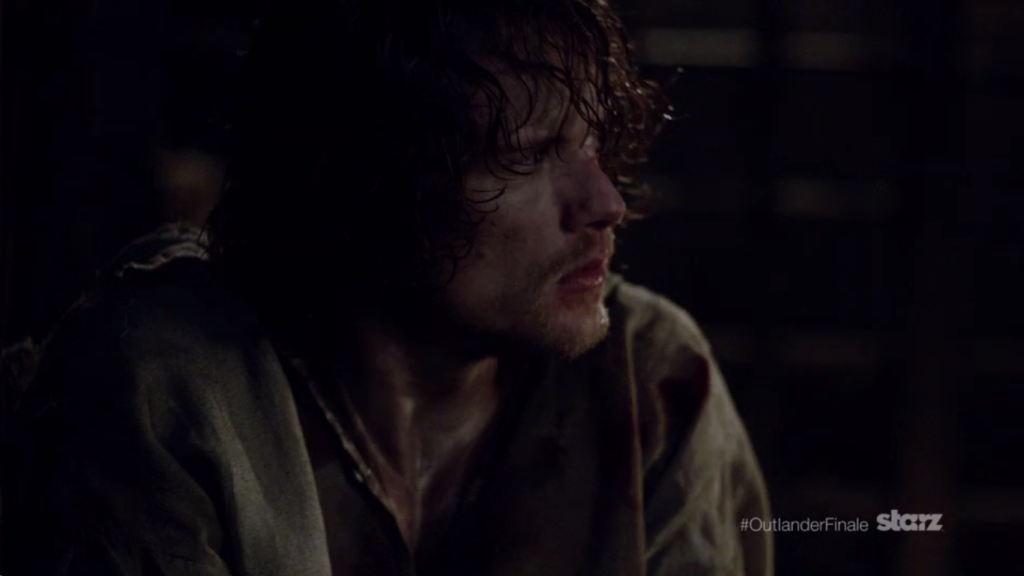 Author Diana Gabaldon took to Twitter yesterday to address a couple of issues.  The first issue was to revisit her comments to Sam Heughan at the first Outlander LA Fan Event/Gathering which took place over a year ago.  The gist of her comments then about what she most look forward to seeing in the TV series was that she wanted to see Sam being rape and tortured.  The second issue was to address book readers qualms about not being able to fit everything left in the book into the finale.  There are some scenes that book reader really want to see on screen, and Diana pretty much comes straight out and says they won’t be there.  Her great advice to book readers is to put the book down and enjoy the series.  That is what we have been saying on this site from before the first episode aired.  The series will never live up to the books, but in Ronald D. Moore’s hands, he has certainly embraced and honored the books.  I have no doubt Season Two will be the same.

“A Few Words From the Author…

About eighteen months ago, I met Sam Heughan for the first time in the flesh. Nice guy. Three days later, while sitting on a stage with the aforementioned Mr. Heughan, a fan in the audience asked me what scene (from OUTLANDER) was I most looking forward to seeing filmed?

I’d actually been thinking about this, because the question had been asked generally of the whole panel a few minutes earlier, but the course of the conversation had changed before I got to answer. I don’t know _what_ I might have said if I’d answered the question the first time, but as it was, I _did_ have time to think about it.

And, addressing Mr. Heughan, I said, “I hope you’ll take this in the spirit intended, Sheugs—but I really want to see you raped and tortured.”

The uproarious response from the audience—who evidently thought it was a joke—gave Mr. H. roughly twenty seconds of grace, which is, believe me, plenty for him. Ten to sit there looking gob-smacked and ten to think, and the moment the roar died down, he said mildly, “Oh—I’m quite looking forward to that myself.”

Cue rolling in the aisles…

Now, there was a bit of online follow-up from this, with most people still thinking the whole exchange was hilarious, but with a few people wondering out loud what kind of person would _say_ what I’d said?! (And yet these same people read my books…remarkable…)

In fact, there were a couple of factors involved in what I’d said: one of those was that, while I’d just met Sam H. in person, I’d known him quite well for six months; we’d met each other electronically on Twitter within moments of his being cast to play Jamie, and became friends about five seconds later.

Over the course of those six months, I’d learned any number of things about Mr. Heughan—the primary ones being what sort of sense of humor he has–and just how fast on his feet he is.

So I said that for two interconnected reasons: 1) I meant it. Those scenes at Wentworth are undoubtedly the most intense and demanding scenes for an actor to do, and an immense challenge for _everyone_ involved, from writer and director to director of photography to camera crew, makeup, and everyone else—but it’s the actor who’s at the pointy end. To see something that difficult and demanding done as it should/could be done…yeah. Totally want to see that. And I’ve seen Sam act. I _knew_ what he could do with material like that. As for 2)…I’ve seen Sam _re_act, and I knew he could do that, too.

Look at what he did when I said that. He didn’t lose his cool, didn’t roll his eyes, or act even slightly discomposed. Took a few seconds to consider, and came back with a perfect reply to a potentially sticky situation. Does this kind of behavior remind you of anyone?

Now, bear in mind that I’d spent the previous six months replying to a never-ending tsunami of dubious fans all whinging about, “He’s too _smalllll,” “Jamie should be _biiiiiiiger_”, “His hair’s not reeeeeed enough,” “He doesn’t look like myyyy Jamie…” etc., etc.

None of these people had seen him act, of course. I had. Were they inclined to take my word for it that Sam Heughan was indeed the man for the part? Of course not. So much more fun to moan and gripe and clutch their heads and enjoy wallowing in negative expectations…

So. He walked onto that stage as Sam Heughan—which is a reasonably good thing to be, mind—but he walked off as Jamie Fraser in a lot more people’s minds.

So we’re coming now to the end of the first season, and _to_ those scenes at Wentworth. Now I’ve seen Mr. Heughan do them, and my expectations—which were pretty high (I mean, I’ve _been_ in Wentworth; I know what went on there)—were exceeded in every particular.

I take nothing away from Caitriona and Tobias—they were astonishingly good, and I say that even after watching them be brilliant episode after episode. And the final episodes are definitely an ensemble piece; it took all three of them, working at the top of their game, to pull that off.

But it’s Jamie who’s at the pointy end, and it’s Sam who did what I thought he could do, and made it real. I’ve honestly never seen anything more courageous than what he and Tobias did there. Yes, it’s strong stuff—so is what I write, and it’s not for everyone. But as the people who ¬_do¬_ read my books realize, that depth of emotional engagement—with its attendant risks—has a substantial payoff.

Does this style of discourse sound familiar to anyone? ‘Course it does, as Captain Randall might say. (“He’s too smallll, his hair isn’t reeedddd enough,” “This will be such a disapoooiiiiintment…”)

Then most of the head-clutchers watched it (of course) and oddly enough, I didn’t see any reports of mass psychic trauma in the daily papers. I did see a fair amount of good press coverage, analysis and discussion with a substance you don’t normally find in popular television commentary. I think you’ll see more of it following the finale.

And now, a brief P.S. to the hardcore book fans…

Put. The. Book. Down. Really, I mean it. If you watch this part with the book in your hand, expecting this, that, and the other thing…you _will_ be disappointed, I guarantee it.

Among the anticipatory oh-it-will-be-awful commentary, I’ve seen a fair number of people worrying aloud about, “But HOW are they going to get everything from the book into just one more episode?”

Well, look, guys, be logical. You _know_ the answer to that. They can’t. Ergo, it’s _not_ going to be just like the book. Abandon the notion that it should be, is my advice.

You’ve seen through the season how this works. There’s much, much less room in a sixteen-episode TV season than there is in a 300,000-word book, and a lot more constraints (in terms of story structure, expense, and logistics) on what you can do with that room. They’ve done a fine job in adapting the story to a visual medium, but it –is- an adaptation.

It’s gonna work the same way here; many of the Very Important scenes will be just as they are in the book—some of the scenes that you personally think are Very Important probably _won’t_ be.

(Those of you looking forward to hot springs? Sorry. When I saw Ron at the first screening of the first episode—for international TV buyers in LA—he told me that he’d been working on the final bits (in terms of planning the basic story elements) and that there was unfortunately just no way he could film that particular sequence. He then told me what he planned to do instead.)

Now. Was I disappointed to hear this? Of course; I’d love to see a visual of that. But I could see exactly what he meant. And what I said to him was, “I trust you.”

I still do. That said, I will note that there was a _lot_ of discussion over the hows and whys of what’s included in Episode 16. I didn’t agree with everything they did, and we discussed it. Both sides listened, we both compromised on things—and in the end, I got about 90% of what I wanted. Not everything (and I’m not going to tell you what part(s) those are), but most of it.

So. If you can put the book down (don’t worry; you can go back to it and everything you love will still be there) and watch the ending on its own merits…you’ll be uplifted, emotionally filled and charged with the thrill of having seen a _lot_ of people doing wonderful, difficult, thrilling, heart-rending, amazing Stuff.