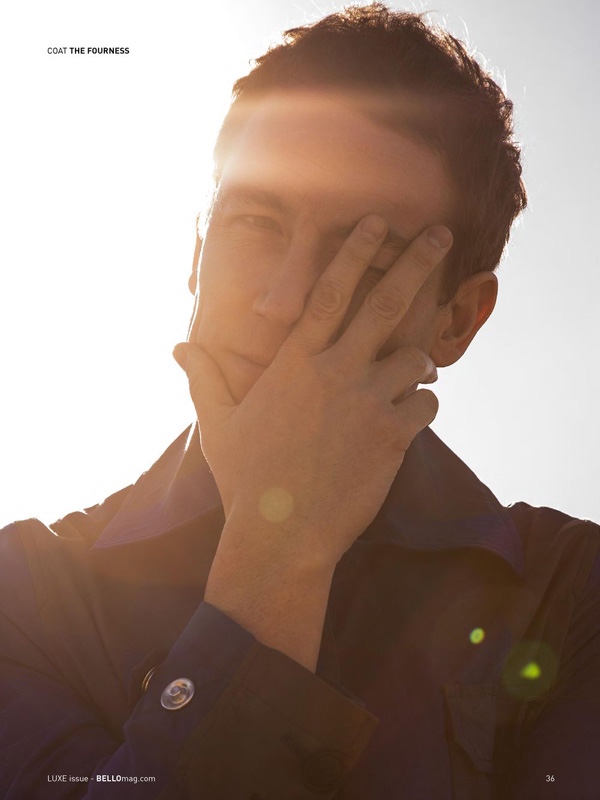 Tobias Menzies (Frank/Black Jack) is on the cover of the April 2015 Bello Magazine and also has a feature article in the inside.  Here are some excerpts from the interview, but please read the whole article over at Bello.  Or better yet, just go buy the issue.

As English actors go, Tobias might be the most perfectly British man I’ve EVER spoken to, and I say this as a native. Right down to that very proper dialect, I see why they cast him as the voice of the satirical Captain English in Jackboots on Whitehall: from the moment I clicked on Skype and saw his dandelion avatar, as well as his initial uncertainty of whether he was “meant to be on camera for the call or not” and the hilarious repeated switching from “visible” to “voice only” that ensued. Mr. Menzies, a self-proclaimed technological luddite and actor who has had an enviable career spanning over ten years that include nearly 30 TV shows, 13 theater productions (of which he’s been nominated for numerous awards) and 12 motion pictures, all tucked neatly under his 20th century belt, was at his utmost obliging and charming self during our chat.

“I think the overall aesthetic of the show is quite muddy and grainy, though; they haven’t tidied it up too much, which I really like,” he explains ecstatically. It’s almost as if being considered “too” attractive might be an absolute curse.

His chuckles are very husky, and that’s where you really hear the devilish undertones of Black: both pleasant and a little unsettling, like good-tasting Scotch.

He’s definitely experienced a full American budget. “Yes. Oh yeah, I’ve been very fortunate in that regard to be involved with really ambitious stories so far. It’s exciting making TV on that scale, the great part being that, creatively, I’ve never been hampered because of it, but I’m also aware that cable is a unique niche.” I would have to agree; there is a certain level of incest that can only truly be explored on HBO.
“I imagine it might be very different working on network TV in the States,” he theorizes.