[If you have not read Outlander, there are spoilers in this post about the rest of Season One.  You have been warned.] 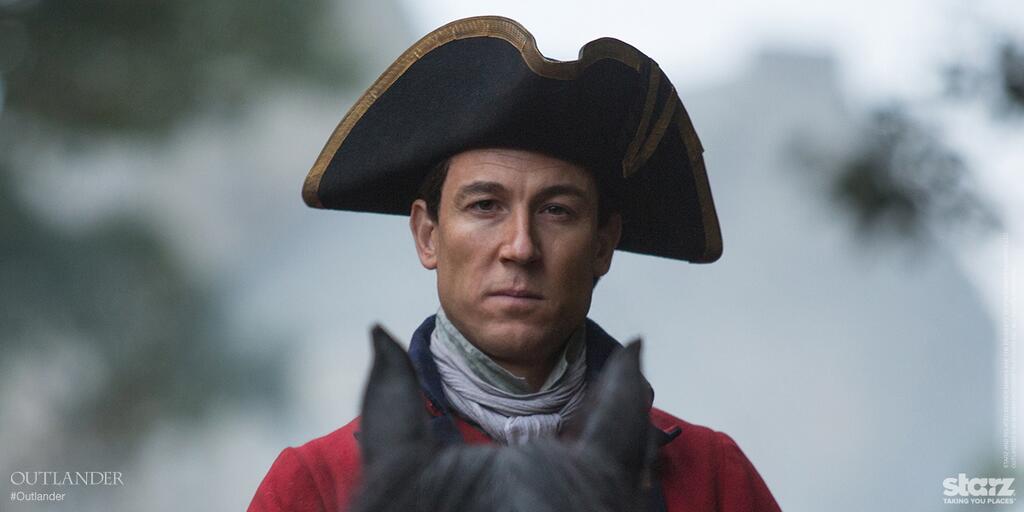 Diana Gabaldon took to her Facebook Page today to clarify the sexual preference of one of her characters, Black Jack Randall.  Some reviews of Episode 112 have noted that Jack Randall is gay based on his behavior in the episode.  Here is Diana’s post:

Well, we seem to be getting a lot of interesting reviews on Episode 12–which is All Good, to be sure. I just want to make _one_ thing clear, before drawing your attention to a couple of interesting ones: To wit, Black Jack Randall is _not_ a homosexual.

He’s a pervert. He’s a sadist. He derives sexual pleasure from hurting people, but he’s not particular about the gender of a victim. (Personality, yes–gender, no.)

I see reviewers assuming that he told Jenny repeatedly to turn around, during their encounter in a flashback–and they assume it was because he’s gay. Actually (and obviously, I would have thought…), it’s because she’s looking at him and laughing, and he finds this unnerving.

If you look at his behavior throughout the book (and I emphasize book, though it’s almost the same in the show), he’s shown as attacking four people: Jenny, Jamie, Claire, and another prisoner at Fort William (who we don’t hear about in the show) named Alex.

Two men, two women–he’s an equal-opportunity sadist. However, given his position (garrison commander) and the structure of the culture he’s in, he has much easier access to male prisoners, whom he can torture at leisure. But he’ll take women when he can get them–_vide_ his reaction to finding Claire wandering around by herself.

( In the Scottish Highlands, communities were small and tight and people really didn’t move around that much. Women didn’t often live on their own; they went from their fathers’ hearths to their husbands’ and pretty much remained in or near their homes and weren’t wandering around unprotected. Claire _is_, which is why she draws so much unwholesome interest.)

I am not going to flat out deny that I never thought Jack Randall was gay or even bisexual.  Honestly, I can’t remember what I thought at the time of my first read of the books.  I knew he was a sadist, so that’s at least one gold star.

For new readers and those who have read the series many times, what was your first impression of Black Jack Randall’s sexual orientation?  Does Diana’s explanation change how you view BJR?