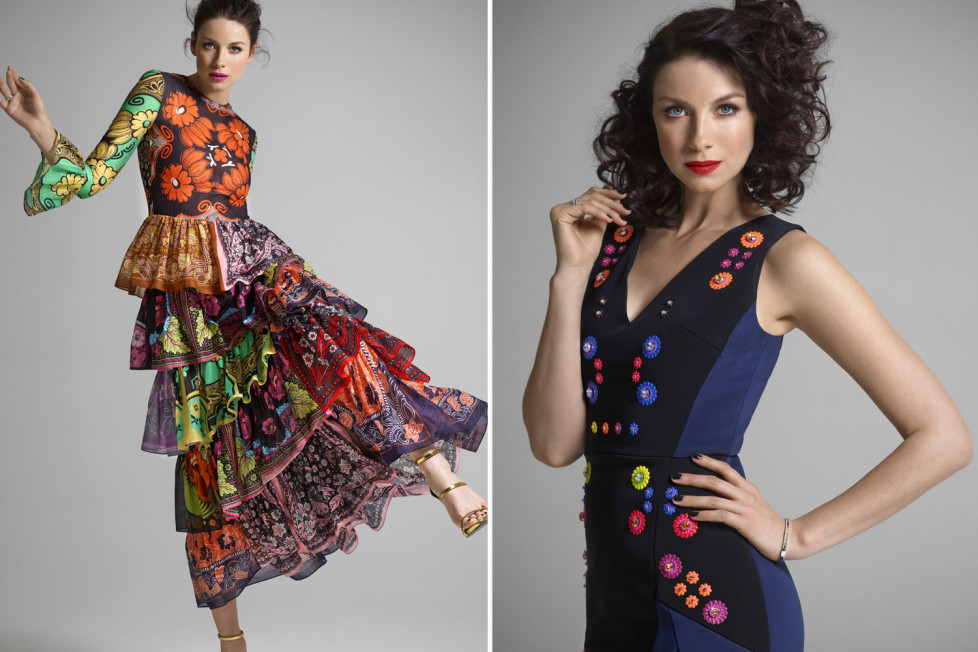 Caitriona Balfe is featured in today’s Alexa section of the New York Post.  She did a lovely fashion photoshoot and interview with them.  Below are some excerpts from the interview and there is a video from the shoot which also includes an interview with Caitriona.  Scans from the Post are also below.

On the set of the bodice-ripping “Outlander,” she playfully taunts “the boys,” as she calls her male co-stars. She’s referring to the dashing Scottish actor Sam Heughan (who plays her 1740s husband and was named one of People’s Sexiest Men Alive), as well as Tobias Menzies and Graham McTavish — each of whom has a rabid fan base.

“They get it so much worse than I do,” Balfe laughs. “They’re all such accomplished, serious actors with stage backgrounds. I can’t help but tease them, ‘Well, now you’re just the hunks.’ ”

Balfe comes by her enviable figure naturally, and confesses she used to be one of those infuriating women who didn’t have to put much thought into what she ate or how often she worked out. These days, she tries to stay fit with yoga or Pilates but admits that “sleep so often seems like a better option. After I catch up on sleep, then I’ll worry about my butt.” 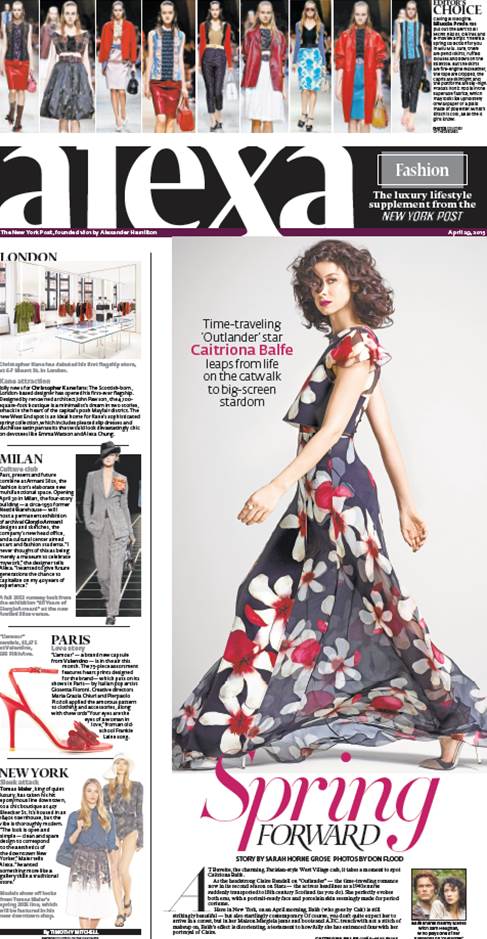 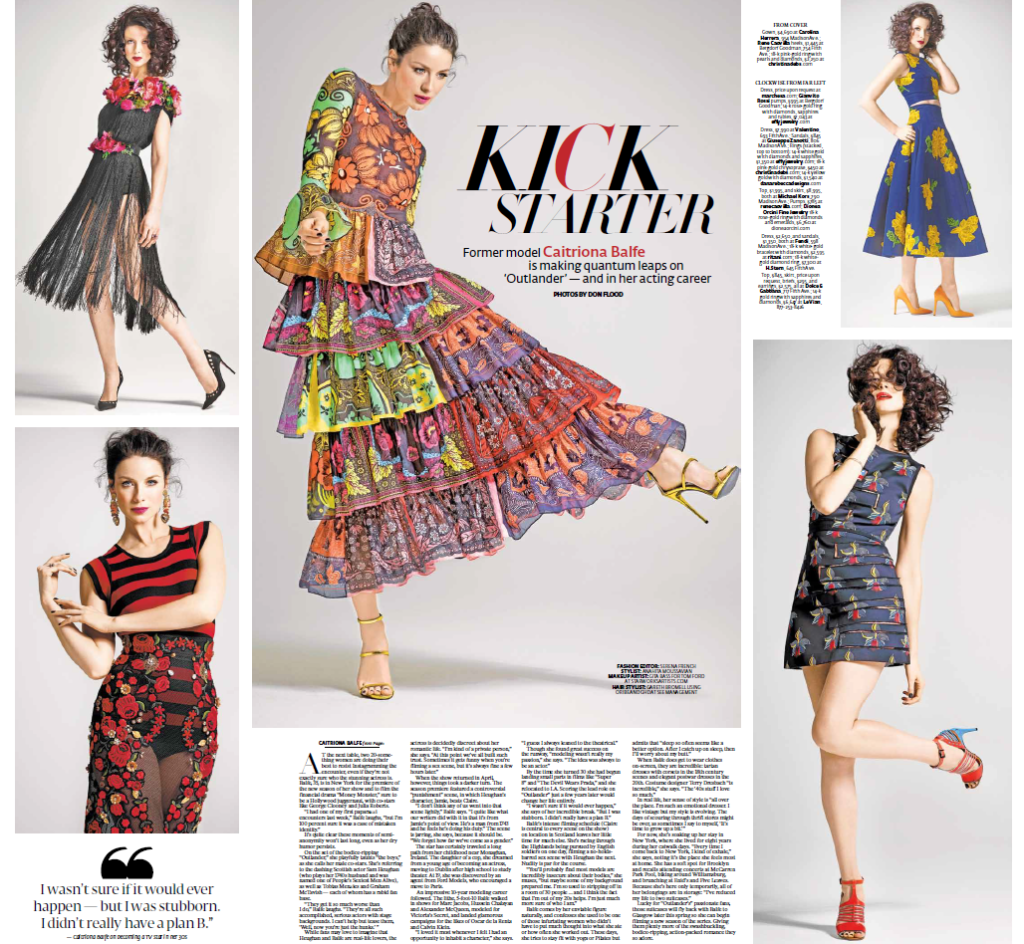