Late to the party with this post, but both Sam Heughan and Caitriona Balfe were featured in the April 10, 2015 issue of Entertainment Weekly.  The cover has Amy Schumer on it.

This was not a small feature, but a four page spread in the magazine.  The beginning photos and title to the feature are enough to take your breath away.  Gorgeous!  The following two pages have the interview with one behind the scenes photo of Sam Heughan and two official photos, one of which is new.

As I am without a scanner, you will have to make due with photos of the spread or rush out and buy your own copy before the next issue takes its place.

One interesting thing to be learned from the interview; both Laura Donnelly and Nell Hudson auditioned for Claire.

An excerpt of the interview can be read on EW’s website.

Update: Scans from Stephanie have been added at the bottom. 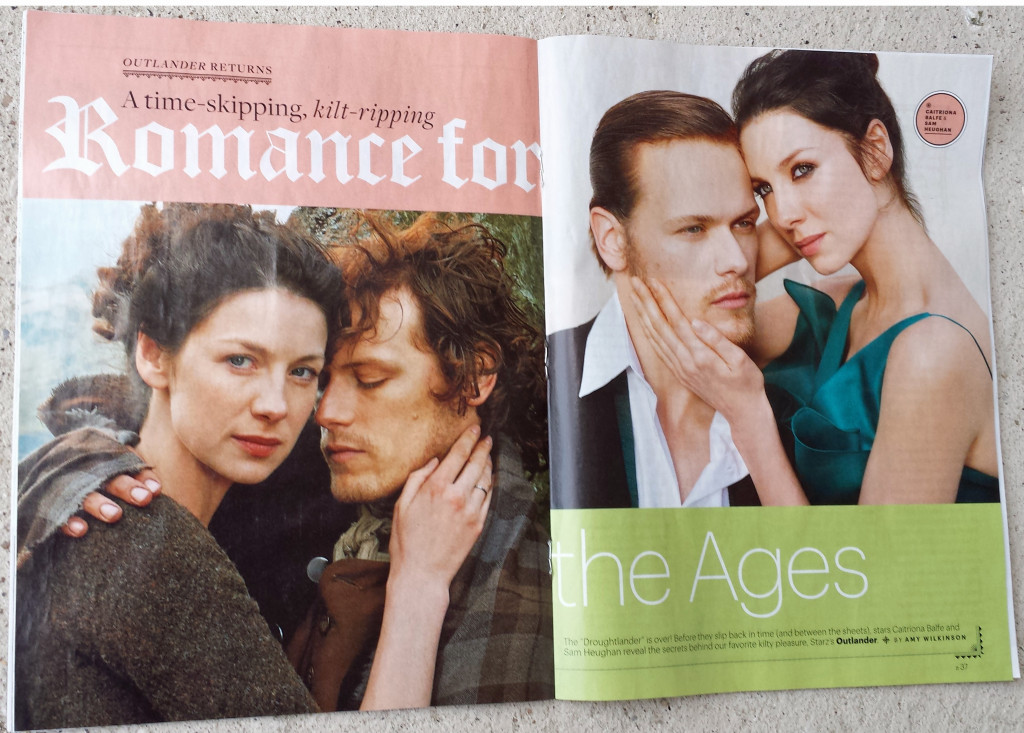