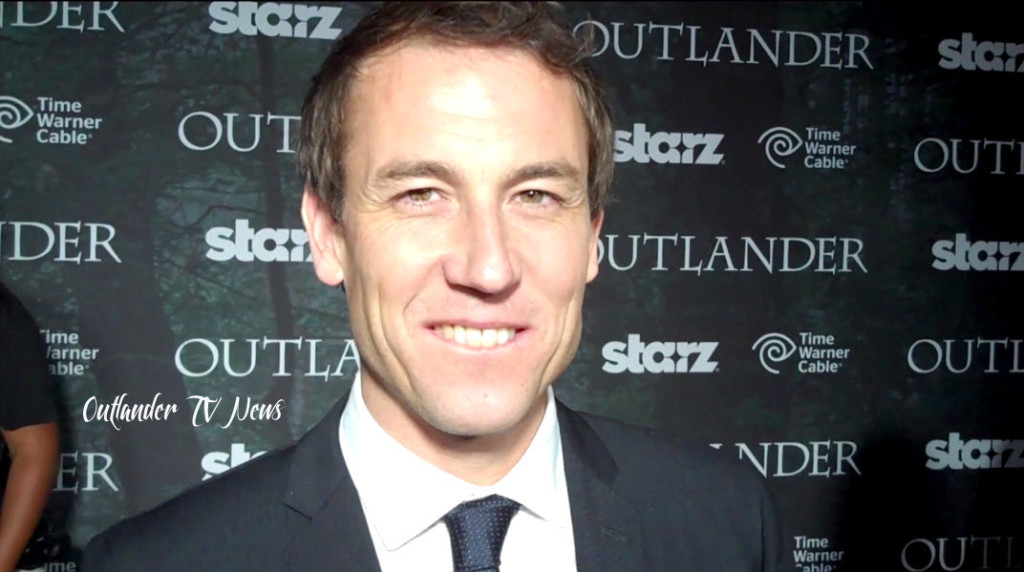 Tobias Menzies gave an interview about Outlander, Rome, and Game of Thrones with United Kingdom’s The List.  Here are some excerpts from the interview, but be sure to read the entire interview over at The List.

Could you tell us more about your character? Or, more accurately, two characters?

One of the more interesting casting choices is that there are these two characters: one is the husband in 1945 who is married to Claire [Frank Randall] and then his ancestor ‘Black Jack’ Randall who is the villain of the piece. So I play those two pretty different characters. It was definitely one of the things that piqued my interest when approached about the project as it’s an unusual proposition.

Was the casting process any different as you were playing two distinct roles?

It was pretty straightforward. I was asked to tape a scene playing each character and then a couple of weeks later I was offered the part. It was surprisingly one of the most straightforward castings I’ve been through given the proposition. I thought I’d be asked to jump through a lot more hoops but they obviously found what they were looking for.

How long did it take to shoot?

The first season was 16 episodes and they were a full hour, so we started September 13th and finished November 14th, just over a year. Season two will be more like nine months because we’re making slightly less, 13 episodes, for the second book. So it’s a big undertaking but the storylines in the books require that level of attention.

How did working on Outlander compare to playing Edmure Tully in Game of Thrones?

I hugely enjoyed diving into the third season of Game of Thrones. Very different shows but what’s similar is the production values and the ambition in making the show. The funding levels and the quality of the production on both of them is second to none. The Americans are making TV on a scale that British television can’t really compete with in terms of budget so it’s very exciting to work on.

What does the future hold for Outlander?

We start filming [season two] in May. No word has come out of the writer’s room, I think they are all locked away in LA furiously tapping away at their keyboards, so it’ll be exciting to start reading scripts when they come out. There’s eight books so there’s a long road ahead of us.