Sam Heughan is featured in “The Hotness” page in the April 2015 issue of Cosmopolitan magazine.  What do we find out from this one page feature?  He is a texter, emoji user extraordinaire, appreciates the phone call over the text, his British v. Scottish women comparison, loves a scotch-drinking woman, but will take a fruity drink for himself.

Update (3/15/2015):  More has been released from this interview.  Here are some excerpts, but head over to Cosmo to read the entire interview.

Dating Claire (his character Jamie’s love interest): “She’d be a good date. Ultimately, it’s all about personality, isn’t it? But yeah, Claire would be fantastic date, she’d have some good stories to tell as well.”

Great romances: “The classic, Romeo and Juliet for me is the iconic story of young love. I’ve been in that production on stage a few times as Romeo and also playing Paris. I love stories about the end of relationships too, like the film Amour, which was really, really beautiful. Blue Valentine was a really sad movie but I loved the moments when they’re discovering each other for the first time. HopefullyOutlander can become one of the greats.” 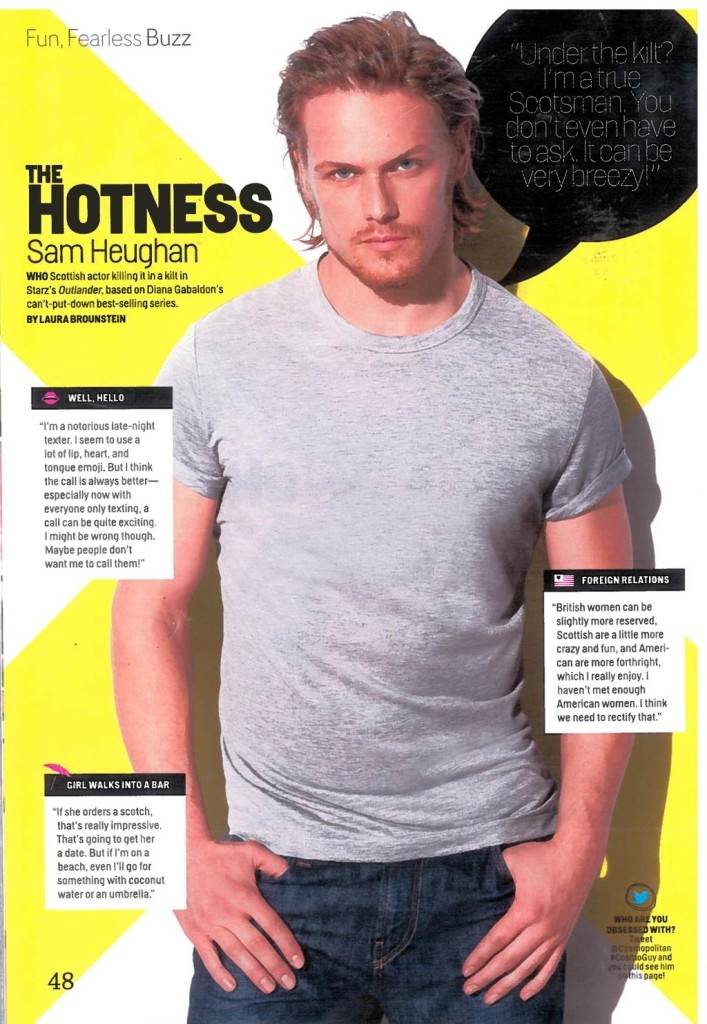