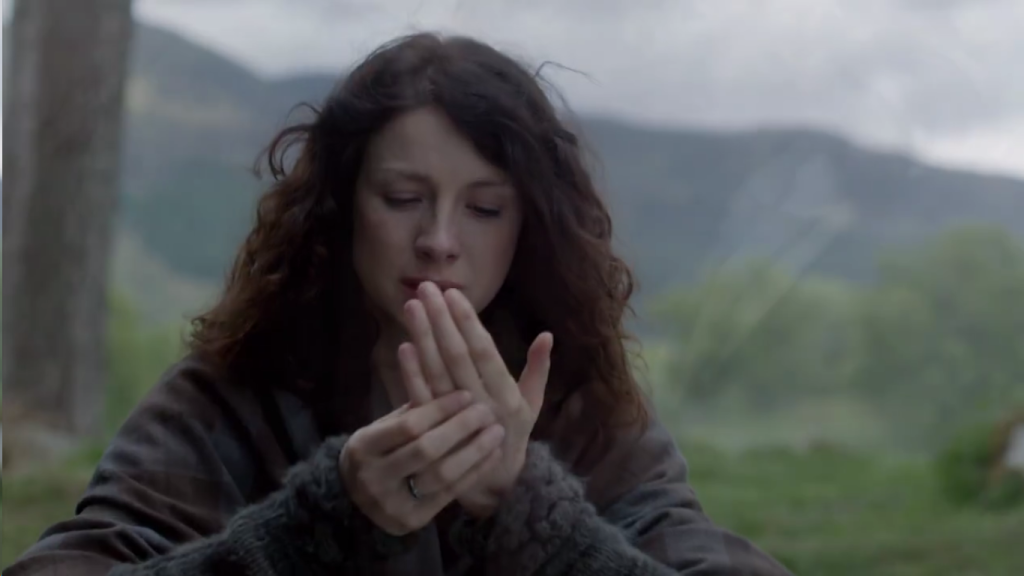 Entertainment Weekly has debuted a new featurette (“The Married Life”) that takes a look at Jamie and Claire’s marriage and the changes that brings about in their relationship. Stars Sam Heughan and Caitriona Balfe are featured in the video, as well as producer Ronald D. Moore and author Diana Gabaldon. The featurette also includes new footage from upcoming episodes.

They are now Mr. and Mrs. Fraser. See what that means for the newlyweds in the upcoming episodes of #Outlander. http://t.co/arrLExn0MQ