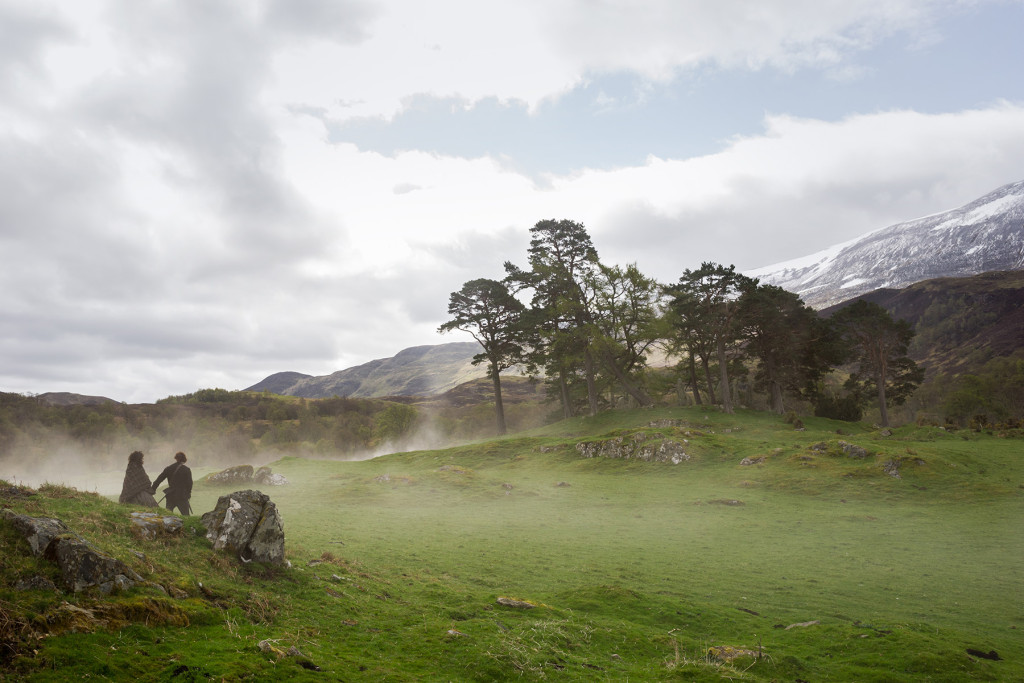 Outlander has been described as a love letter to Scotland and the landscape itself is just as important as the story’s central characters. The show has done a marvelous job showcasing the stunning country and Sam Heughan and Ronald D. Moore recently shared their commentary about ten locations utilized by Outlander with Condé Nast Traveler. A small selection of locations is included below and the entire list can be viewed here. 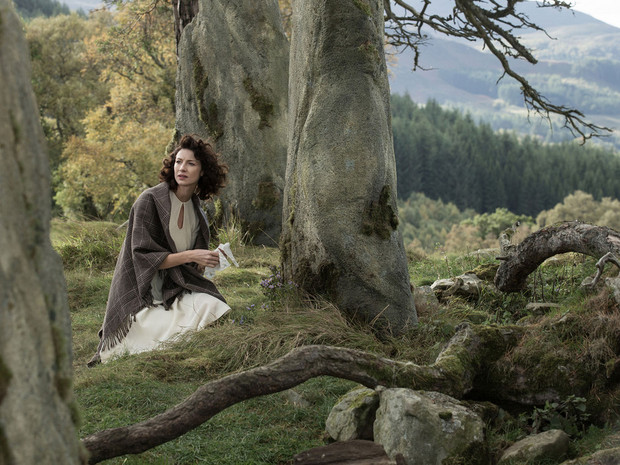 “Craigh na Dun, where we shot this, is a little remote and hard to get to,” says Moore, who was committed to staying true to the very specific descriptions in the book on which the series is based, and ideally, within an hour’s drive from the studio in Cumbernauld, outside Glasgow. Says Heughan: “It’s amazing how you can drive for 20 minutes from a main city and you’re in the countryside. It’s quite dramatic.” 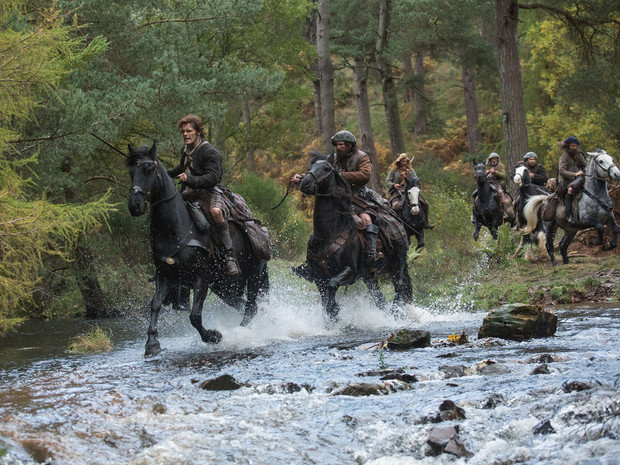 “It’s just fantastic, great fun, to be given horses and the Highlanders to ride with to go attack Redcoats,” says Heughan about one of the show’s first locations, at Flotterstone, Penicuik, about 10 miles outside of Edinburgh. Moore describes it as “a perfect place for an ambush.” Adds Heughan: “They CGI’d in the rock, but the rest is all there.” His impressive horse is named Sleepy. “I’m obsessed with him,” Heughan says, “though Jamie and his horse have a love-hate relationship. He’s magnificent, extremely clever. He’s the most relaxed of all the horses. He doesn’t care about anything, even gunshots. However, he does not like goats. Apart from that, he’s awesome.” 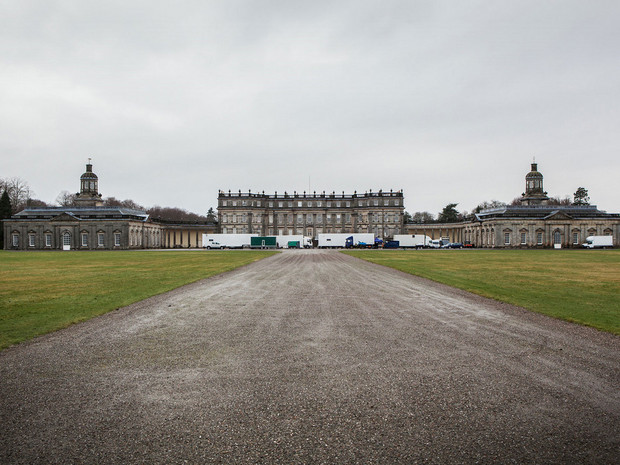 Moore selected Hopetoun House, in West Lothian outside Edinburgh, as the stately home of Outlander’s Duke of Sandringham. “It was kind of too big,” he says, so he digitally erased some of the wings of the house. “I didn’t want it to be like the duke was the king of Scotland or anything.” Because it’s a historic site—and the weather poses constant shooting challenges in Scotland—access is “always limited,” says Moore, and for the interior shots, they were “skittish about lit candles or open fires.” Outside though, “the specific quality of the light in Scotland gives it an unmistakable look, a whole tone and mood. If, for example, we were shooting in New Zealand, it wouldn’t look anything like this.”