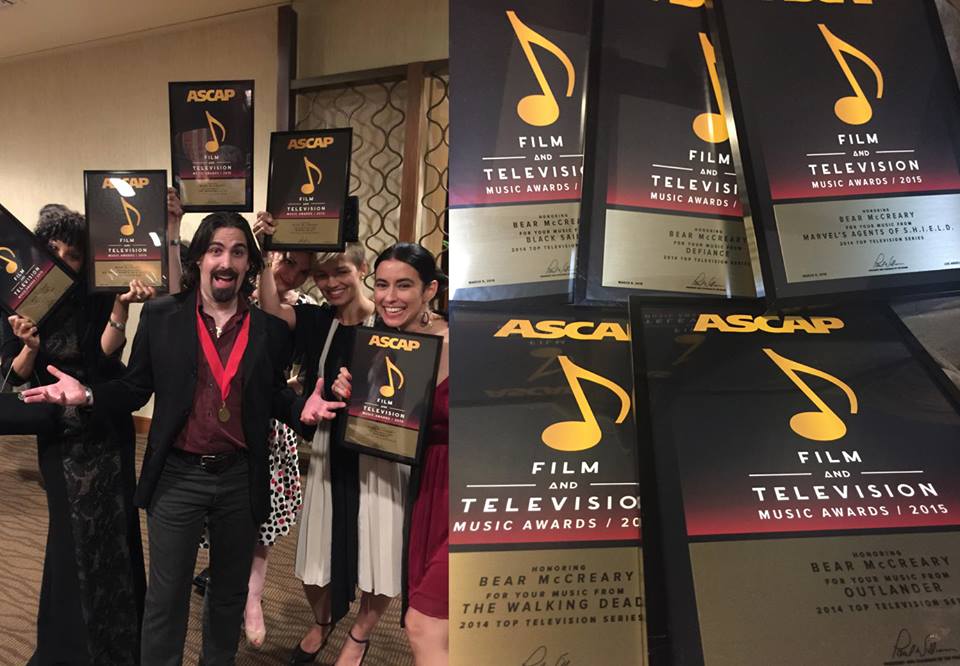 Bear McCreary, our great, imaginative composer on Outlander, was honored by The American Society of Composers, Authors and Publishers (ASCAP) at their 30th annual Film & Television Music Awards.  Bear was recognized as one of the composers who wrote themes and underscores for the highest rated television series in 2014.  He took away a total of five honors for his work on Black Sails, Defiance, Marvel’s Agents of S.H.I.E.L.D., Outlander, and The Walking Dead.